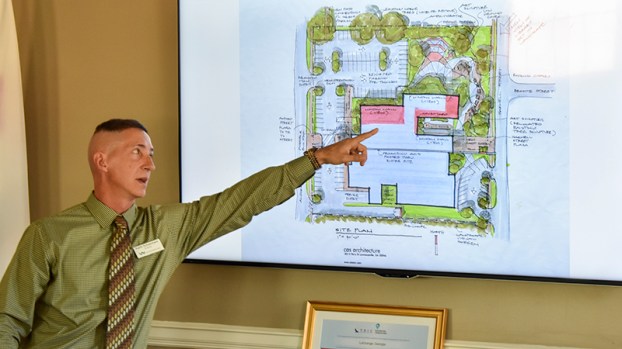 In 1994, when the LaGrange Memorial Library was last renovated, few individuals or businesses had computers, “Forrest Gump” was in theaters and Bill Clinton sat in the oval office.

On Tuesday, Keith Schuermann, director of the Troup-Harris Regional Library, talked to the LaGrange City Council about some of the changes the library plans to make to bring it up to date with the community’s needs. Specifically, he discussed a layout that reflects a growing need for programming and an update to match the way visitors look for information.

Renovations are expected to begin on the library sometime next year, and right now, the Troup-Harris Library System is in the process of securing the more than $6 million in funding needed for the project. Of that amount, the LaGrange City Council voted on Tuesday to commit $1 million from the city’s FY2021 budget cycle, and the library plans to pursue $2 million from the state, $1 million from Troup County and $2 million or more from local donors and philanthropic organizations.

“Our library is the main LaGrange Library, and so even though we have an operating role in the library, I think it’s pretty significant asset for our city and is well used by our citizens,” LaGrange Mayor Jim Thornton said.

If for whatever reason the library is unable to obtain the other funding needed for the project, the city’s commitment would no longer apply. State Senator Randy Robertson (R-Cataula) also attended the council meeting.

Some of the major changes to the library beyond its basic appearance will include how space is used within the library. According to Schuermann, the 1994 plan allocated 75 percent of the floor space to shelves, 10 percent to programing and 15 percent to administrative space. The new plan stands in sharp contrast to the current layout, with 60 percent of floor space to be dedicated to programming and technology, 30 percent for shelving and 10 percent for administrative space. Schuermann said those changes reflect the changing needs of library users.

“Program attendance is also up quite a bit,” Schuermann said. “This is important for us as we support lifelong learning. We want those programs that allow people to grow and discover, including summer reading. This year’s [summer reading] numbers were off the chart.”

In fact, there were so many people at the 2019 summer reading finale that the room meant for the event was not rated by the fire department for the crowd.

“We had 302 people come out for our summer reading finale,” Schuermann said. “Aside from a Korean festival we had in 2015, that is the largest single number of any program that we’ve had, and it is a blessing. However, we have on the wall here a plaque that says we are rated for 95 folks, so clearly, this demonstrates a large need.”

According to information shared during the meeting, the renovated library will feature a dedicated teen space, a maker space, a no noise room, two computer labs, a pocket park, a kitchen, a new children’s area, a large meeting room and a variety of updated design elements meant to make the building feel more modern. Schuermann said that library attendance has remained high, but library staff has seen a trend of more people bringing in personal computers instead of using the library’s computer equipment. He said the new layout will take both needs into account.

“I don’t know if many of you are aware, but kids are actually learning coding at our library,” said Carol Todd, a member of the library’s board of trustees.

Schuermann and members of the Troup-Harris Library System team have also been instrumental in renovations at the Hogansville Public Library (December 2016) and the Harris County Public Library (March 2018).

In addition to the roughly 100,000 materials available at the LaGrange Memorial Library, library patrons also have access to over 10 million materials from within the Georgia Pines Library system, as well as online resources.

It was unclear as of Tuesday what location will be used as a temporary location for the library while the renovations are taking place. Renovations are expected to last about a year and will begin in spring 2020.

Other items covered during the Tuesday council meeting included:

4The LaGrange City Council honored Sgt. Chris McGhee from the LaGrange Fire Department for 30 years of service to the city.

4The city council passed a resolution showing its support for the Georgia Radio Museum and Hall of Fame, which is located in LaGrange.

4Carolyn Haamid, a member of the Community Action For Improvement board, invited the council to a fundraiser dinner on Thursday, Dec. 5 at 6:30 p.m.

4Katie Mercer Van Schoor, the marketing and communications manager for the city, announced that the City of LaGrange and the LaGrange-Troup County Chamber of Commerce will host LaGrange City Hall Business After Hours on Dec. 12 from 5 p.m. to 7 p.m. at city hall (200 Ridley Ave.).

The event will include carolers, an appearance by Mr. and Mrs. Claus, holiday treats and a wishing tree. Business After Hours is free and open to the public. Children are encouraged to attend.

The Up All Night Thanksgiving dinner fed hundreds of local residents on Thanksgiving Day. The organization’s volunteers work through the... read more