Christmas Merry Go Round to open a day early 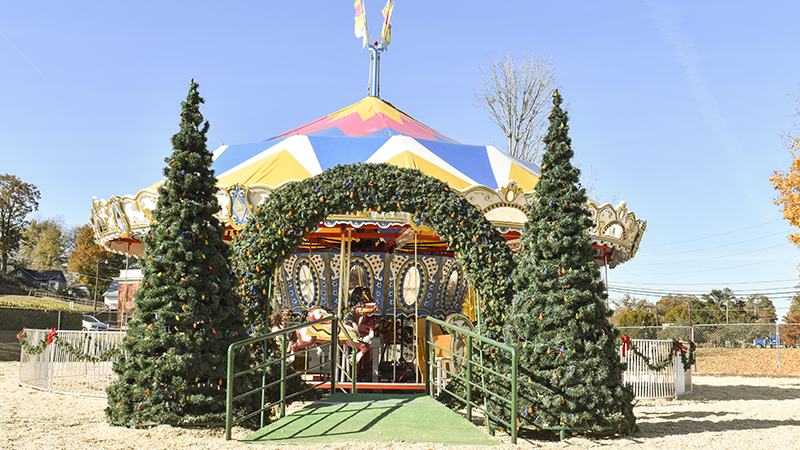 VALLEY — The Christmas Merry Go Round will be opening one day ahead of its original schedule. The original plan was for it to open on Monday evening, Dec. 2. It’s now set to start giving rides at 1 p.m. on Sunday, Dec. 1.

“Since the calendar is giving us a short season this year, we’ve decided to open it a day early this year,” Valley Parks and Recreation Director Laurie Blount said at Monday’s meeting of the Valley City Council.

“We always close for the season at 5 p.m. on Christmas Eve,” Blount said.

Blount said that this year’s Valleywide Christmas Parade would take place at 6 p.m. on Thursday, Dec. 12. It will follow the same route it has in recent years, heading out from the Cherry Valley Shopping Center in Lanett, looping through downtown West Point and taking the long course on Highway 29 back through Lanett and into Valley where the parade will disband in the parking lot at Walmart.

“We are still taking applications to be in the parade from businesses, civic clubs and churches,” Blount said. “It should be a really good parade this year.”

Valley’s annual tree lighting will be taking place at 6 p.m. next Monday, Dec. 2. As the tree in front of city hall is lighted for the first time, the Christmas lights on utility poles, the Langdale Nativity and the Madonna and Christ Child will be illuminated for the first time as well.

There was some concern early on that a number of the utility pole decorations would not be going lit this year due to some new regulations on how far away they’d have to be from electric lines and cables.

“Most of them will be up and lighted on Monday,” said Public Works Director Patrick Bolt. “Ninety-five percent of them are on the poles right now. There are a few things left for us to do before Monday. The Madonna will be going up on Tuesday, and we need to finish putting the lights on the city hall tree.”