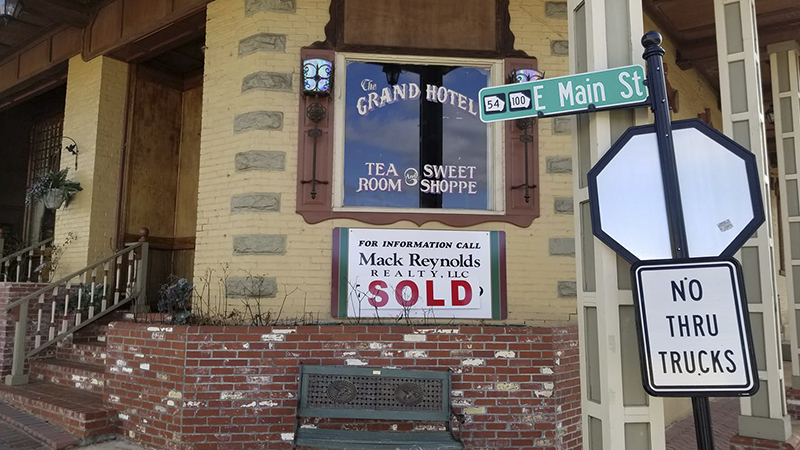 An ornament is placed on a Christmas tree inside LaGrange City Hall. --Alicia B. Hill

One of Hogansville’s most iconic properties in downtown is officially off the market.

Pioneer Hogansville announced Monday afternoon that it had purchased the historic Grand Hotel on the corner of Main Street.

“The Grand Hotel is one of the most notable buildings,” said Pioneer co-founder Tim Morgan. “Our plan for the hotel is to get it up and operational. We want to make it a bed and breakfast. Walking through there, you could just see the potential.”

“We are also looking at a lot of other smaller retail businesses that we think can bring more vibrancy to downtown,” Morgan said. “We’ve had the hotel on our radar since we’ve moved here, but it wasn’t a serious conversation until about six months ago.”

The building was officially sold for $1,650,000 by Mack Reynolds Realty, according to public records.

Morgan said they want to renovate the building while ensuring it keeps its historic feel.

“We are going to be updating amenities,” Morgan said. “There’s a lot of old TV’s and old Jacuzzis in the rooms from the 90s. The décor is outdated, but we don’t want to touch anything that is historic too much.”

Included in the sale was the assemblage of 307, 309, 313 East Main Street and 100 Oak Street. 307 East Main is the 10,000-square foot Grand Hotel, which consists of a sweet shop with a restaurant, bar, commercial kitchen, 11 bedrooms with private baths, two retail/office spaces, veranda and a covered patio.

Main street Hogansville is included in the rural zone program and the Pioneer Group intends to apply for grants and programs to help finance the necessary investment to bring those buildings back to life.

“We are really excited because we see the potential,” Morgan said.

“Not only for the Grand Hotel, but all the shops. We believe this was a big piece in our mission.”

Pioneer was also a catalyst for getting small businesses off the ground like Station Coffeehouse and The Great Southern Pub.

Morgan said that the commercial buildings on Main Street will not be a part of the non-profit and the intent is to create a vibrant downtown business community.

Headquartered in the old police station on Main Street in Hogansville, Pioneer exists to inspire the dormant, create community and explore new frontiers.

City of LaGrange employees decorate for the holiday season