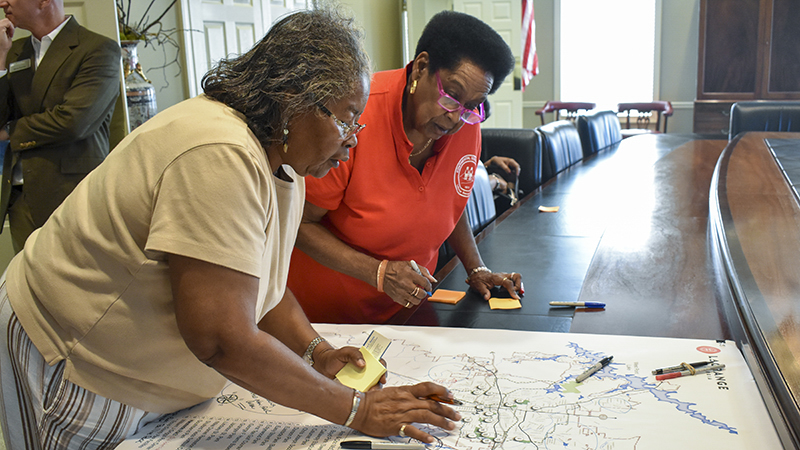 The City of LaGrange is moving into the next phase of developing its Parks Master Plan by asking everyone in the community to voice their opinion on the state of city parks.

The city held a public input meeting to gain community input in October, and citizens who attended that meeting listed special events, programs for seniors, gardening classes, youth soccer programs and picnic sites. However, the city wanted to make sure that everyone has the chance to have a say on the future of parks in the city, so an online survey is now available where citizens can mark what they do and do not want from local parks.

“Over the years, citizens have repeatedly asked for renovated and expanded parks in LaGrange,” LaGrange Mayor Jim Thornton said. “The city council and I have heard that call and are working to make that happen, but we really need as much specificities information as we can gather from the citizens as we develop a parks plan that meets our local needs and also determines how best to implement the plan.”

City staff will use the information from the public input meeting and the survey to develop a plan for parks that will serve all the citizens of LaGrange.

“We are excited about planning for the future of parks in LaGrange and hope to hear citizens’ opinions to help guide the park master plan, which will inform future park development,” City Planner Leigh Threadgill said. “We want to know what citizens think about our current parks, park facilities and park maintenance and hear any thoughts on new amenities that are desired.”

The City of LaGrange Parks Survey can be found at www.surveymonkey.com/r/LaGrange_Parks.

The survey asks for input on amenities like dog parks, basketball courts, playgrounds, restrooms, hiking trails and splash pads, as well as how citizens would like improvements to be funded.

The survey can also be accessed at the following QR code: