City of LaGrange employee honored for 30 years of service 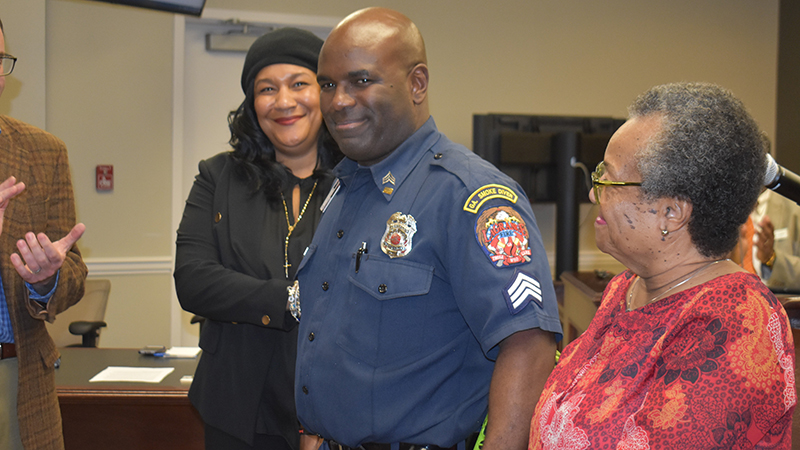 The City of LaGrange is honoring LaGrange Fire Department Sgt. Chris McGhee for his 30 years of dedicated service.

McGhee received his 30-year service pin at the LaGrange City Council meeting Tuesday (11/26) night with his wife Natisha McGhee and his mother Carolyn Woodyard by his side.

McGhee is currently a sergeant at Station 1 on 3rd Battalion and is currently serving as acting lieutenant. After finishing Rookie School in 1989, Chris began his career as a firefighter. McGhee completed Smoke Diver, was a member of the Fire Department Muster team and received several certifications from the Georgia Fire Academy. He was promoted to sergeant in 2007.

McGhee has taken several leadership classes and promotes growth and development within the department. He enjoys helping others and teaching the new firefighters all aspects of the fire service. He has been involved in the school mentor program for the past ten years at elementary schools.

“Sgt. McGhee is a dedicated employee that has served the citizens of LaGrange graciously for thirty years,” said LFD Chief John Brant. “He is an example employee that all employees should try to emulate.”

McGhee is a graduate of Troup High School. He is married to Natisha McGhee and has four children and three grandchildren.