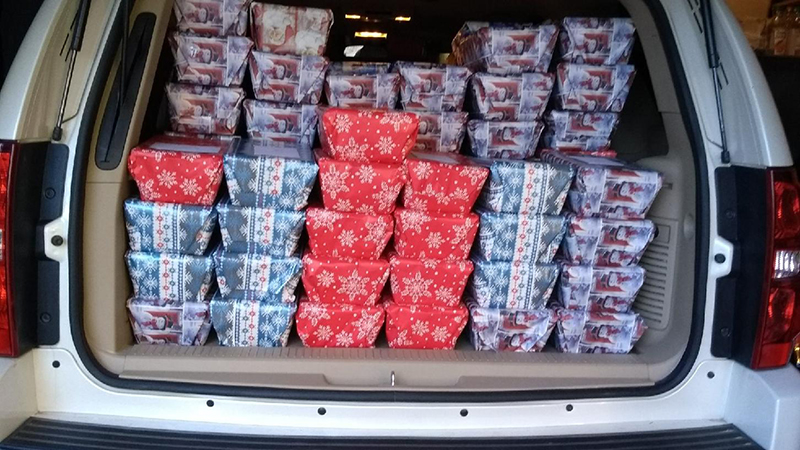 While most of LaGrange was still sorting through Black Friday purchases, Melody Paasch was delivering care packages for soldiers serving overseas.

Paasch has been gathering donations and delivering care packages for U.S. Army soldiers since 2016, and she said she felt called by God to put together the boxes for the men and women defending the country.

“Some people go on the mission fields. This is my ministry,” Paasch said.

She said the idea for the boxes first came to her after the death of a friend who served in World War II. It has grown since then.

“A few years ago, a friend and neighbor of ours, Jimmy Lewis, passed away, and he was one of the last few remaining veterans that were alive on the beaches of Normandy,” Paasch said. “I have family that was military. … [My cousin] was telling me some stories about the ones that don’t have family and don’t get anything for Christmas when they are overseas.”

When Paasch heard about that need, she said that she began to pray.

Paasch said the U.S. Army representatives she has spoken with have expressed their gratitude for the donations, and one of the soldiers who received a package reached out to thank her.

“You might think to yourself that it’s not making any difference, but to hear somebody say thank you [is great],” Paasch said. “My heart went out to him because he didn’t have anyone.”

She said she typically does not include a physical address for safety reasons, but she said she feels like being able to give soldiers something special in God’s name is important.

“That’s what it’s all about for me is just trying to help somebody else out,” Paasch said. “You don’t know who’s Christian who’s not, who’s given their life over to God, and as Christians, we’re supposed to spread God’s word as much as possible. I try to use religious space Christmas cards and things like that because who knows?”