On Friday, Troup County Sheriff’s Office arrested two parents on four counts of deprivation to a minor and animal cruelty.

According to the incident report from TCSO, officers performed a welfare check at the home of Christina and Christopher Carr after their juvenile son was found walking along Lower Big Springs Road after a pedestrian found him and called 911.

When officers arrived, the juvenile was wearing pink pajamas, his hair disheveled and he smelled like urine.

According to the report, when asked why the boy ran away he responded that he got stressed out because there was lots of cleaning to do at his home. Additionally, the child told officers that he had brothers and sisters at home, and he was home schooled.

When the TCSO and the Troup County Marshal’s Office entered the home, they reported a strong car urine smell, several cats running about the house, dirty dishes piled up on the counters and several cat litter boxes full of cat feces and urine under the counter in the open because the cabinet doors had been ripped off.

According to TCSO, the food in the refrigerator was old and the bottom of it was covered in filth and grime. Officers reported that the bedrooms were dirty and the carpets were soiled and worn.

In the living room, officers found a large container of various bottles of prescription medications laying on the floor where any of the children or animals could have access to it. The sofa was covered with stains and there were dirty clothes and soil everywhere.

The marshal’s office took possession of the animals and the children were taken to a nearby family members home.

It was also noted that while collecting the pets from the home, the marshal’s office found a jail portable radio. Christopher Carr had told officers he had worked at TCSO for a short time and forgot to turn in the radio when he left. He had an additional charge of theft by conversion.

Both Christina and Christopher Carr bonded out on Dec. 6. 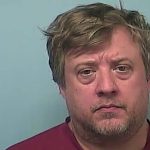 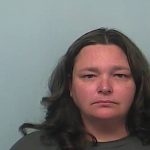 The City of Hogansville announced Friday that it had filed a lawsuit against the Meriwether County Water and Sewerage Authority... read more