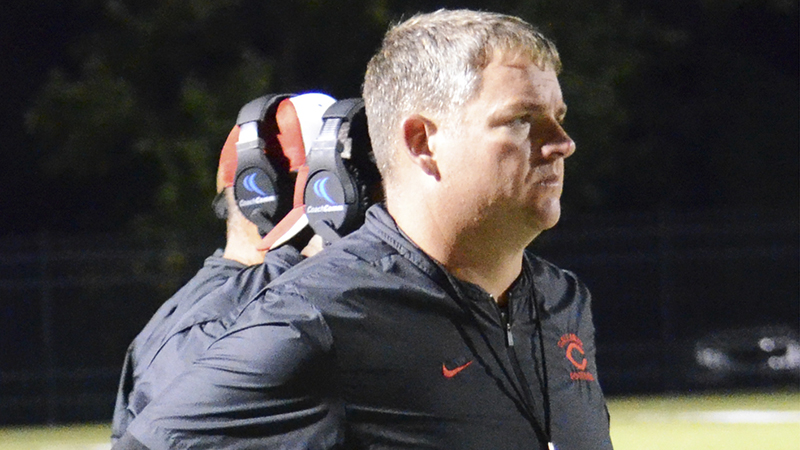 “I found out about two weeks ago and was extremely humbled to have the opportunity to serve as grand marshal,” Wiggins said. “I think it’s a great recognition. The community of Hogansville means so much to me, and the community has been really good to me as athletic director and head football coach. I am looking forward to the parade.”

Wiggins is in his fifteenth year as the head coach, and is a native of Ranburne, Alabama.

Wiggins started at Callaway in 2002, first serving as offensive coordinator. He was named head coach in 2005.

“When I became the head coach at Callaway, I knew that I had to look for ways to bring our high school together and closer with Hogansville,” Wiggins said. “We need and depend on the community of Hogansville so much.”

Wiggins said the school started a homecoming parade tradition many years ago that has had created camaraderie and has had a good turnout.

“It’s been really important for us, as far as building relations,” Wiggins said. “We have played fall scrimmages in Hogansville and have had great turnouts from those games. Those special events we do have really brought Callaway High School and the City of Hogansville together.”

Wiggins received his bachelor’s degree in health and physical education from the University of West Georgia, his master’s degree in administration and supervision from Lincoln Memorial University, and later on, his specialist degree in curriculum development.

The Cavaliers have compiled a 138-47 record during his time as head coach and have won seven region championships. They have been in the playoffs every year since 2006, advancing to the second round five times, quarterfinals twice and the semifinals four times.

“The City of Hogansville is very special me,” Wiggins said.

“So many people from Hogansville support what we do at Callaway with our football program and athletic program, and that means a great deal to me.”

Wiggins and his wife, Amy have three children: Monroe, Sydney and Colton. They reside in Hogansville.

In addition to his coaching duties, Wiggins also serves as the school’s athletic director.

The Hogansville Christmas parade will begin at 7 p.m. and starts at Hogansville Elementary School.