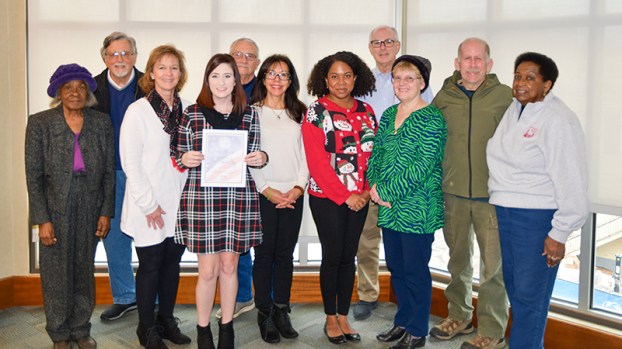 For the past fiscal year KTB has completed several major projects that have gone toward its beautification efforts in Troup County.

During the fiscal months of July 1, 2018, to June 30, 2019, KTB hosted its major event, Bring One for the Chipper, which welcomes used live Christmas trees as well as other recyclables residents may have. Additionally, they also held events like the Great American Clean Up, where locals helped pick up trash, plant a tree or garden or collect recyclables. KTB also goes around the county on an annual basis creating a litter index that collects data from the same street or area every year to see the improvements on litter.

“We turned in a record of all these activities to Keep Georgia Beautiful, and it’s actually logged in to Keep America Beautiful,” said Keep Troup Beautiful’s Executive Director Scott Landa. “They determined we did a satisfactory number of projects and getting enough support that made us eligible for the award.”

“We work very hard to get these things done in Troup County,” Landa said. “Recognition for that confirms we are on the right track and doing the right things, and we need to keep it up. The City of LaGrange has been a strong advocate for litter control and won their own award.”

“The community is on its way to really fulfilling our mission of keeping Troup County cleaner, litter free or less litter and keep working,” Landa said. “These kinds of award help us keep going.”

KTB was first founded 29-years-ago in 1990. The original committee initiated efforts to become a certified Keep America Beautiful Affiliate under the name Troup Clean and Beautiful. In 1992, the organization was recognized as a KAB affiliate.

“[In the two and half years] as executive director, it has improved greatly, massively,” Landa said. “I attribute that to not only to what we are trying to do, but also to the city when they really started making an effort a year and a half ago. The government got the message that this was very important to the county and to really attack the litter problem, focus on recyclables and do some of these things that were necessary.”

For more information about KTB, follow the Facebook page @keeptroupbeautiful to stay up to date on its latest events.