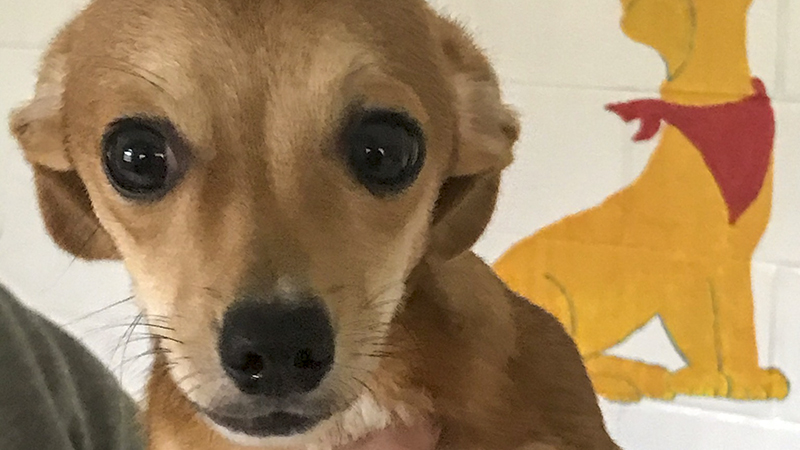 As the decade draws to a close, the LaGrange Animal Shelter can proudly check a resolution off its list, and the city hopes to keep that momentum going.

Puppy Pipeline picked up the 1,000th animal from Troup County last weekend, and LaGrange Animal Shelter Supervisor Chris Bussey said the shelter hopes to send out one more group before the end of the year.

Bussey said that Puppy Pipeline is having a clear impact on the shelter and the animals there by freeing up much needed space — meaning the shelter can hold on to adoptable dogs for longer.

“Anytime we can get our transport to go out on Puppy Pipeline, it helps out the space tremendously,” Bussey said. “As quick as we send the animals out, it seems like twice as many come in.”

LaGrange Mayor Jim Thornton said that while ideally all the animals would be able to find homes in the community, Puppy Pipeline filled a major need for local dogs.

“Our goal is to find good, loving homes for all the dogs in our local community,” Thornton said. “Unfortunately, we seem to have more dogs than we can handle locally, but it’s so much better to place the dog in a welcoming and loving environment, even if that’s in another community, than in a shelter. Thanks to the Puppy Pipeline we have been able to do just that. This program saves the life of the dog, gives the dog a welcoming home and brings joy to the family adopting the dog. It’s a great program.”

The shelter has also partnered with the LaGrange-Troup County Humane Society, PetSense and other community groups to help dogs find homes in the community, and it is working to hit a 90 percent save rate — the benchmark for no-kill shelters.

“Hopefully, we can have more adoptions here locally in LaGrange,” Bussey said. “I know our adoption numbers are better this year versus last year as far as adoptions go, and hopefully, we can reach our 90 percent save rate.”

According to Bussey, the LaGrange Animal Shelter is currently between an 80 and 81 percent save rate, a dramatic improvement compared to past years. According to the LaGrange Police Department’s 2018 annual report, in 2017, 2,765 animals were impounded, and 1,226 were euthanized, putting the save rate around 65 percent.

Then 2018 saw major improvements with several new city policies and a stronger relationship with Puppy Pipeline. The year saw 2,812 dogs impounded and 795 euthanized, for a roughly 71.73 percent save rate.

Part of the improvement may also be attributed to higher adoption rates and events when adoption fees were waived. In December 2017, the LaGrange City Council voted to allow City Manager Meg Kelsey to waive adoption fees in instances she deems it necessary — like when the shelter is overcrowded. Some of those occasions have been paired with adoption events at locations throughout the community.

“We’re holding more offside adoptions where we can get more animals adopted,” Bussey said. “For the month of October, we had, I believe, right at 90 adoptions for the month. It was a shock to see that many adoptions when we did the end of the month report.”

According to Bussey, a range of roughly one to 15 animals are adopted from the shelter in a normal month, but the animal shelter has seen an increase in people from out of town adopting animals, especially at advertised off-site adoption events.

The final numbers for 2019 are not yet available, but Bussey was hopeful that the trend will continue. He said that local pet owners can help by registering their animals through Findingrover.com, volunteering with the LaGrange-Troup County Humane Society and donations.

“The Humane Society is always looking for volunteers,” Bussey said. “Right now, we are in need of towels for our cat room.”

The LaGrange-Troup County Humane Society has also requested donations of dog toys that will be sent home with dogs who are adopted.

To see the dogs up for adoption through the LaGrange-Troup County Humane Society, visit Lagrangehumane.org. Both the Humane Society and the LaGrange Animal Shelter are located at 1390 Orchard Hill Road in LaGrange.