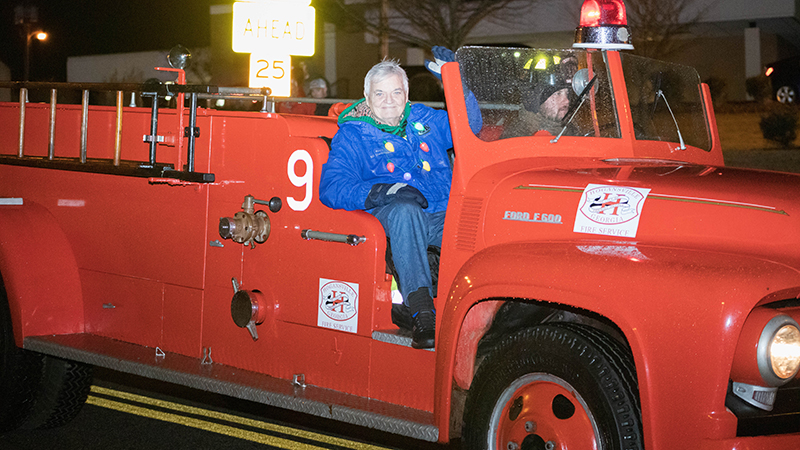 Despite rain and cold weather, the community of Hogansville showed up for the Hogansville Old and New Christmas parade Thursday night.

Down at city hall, parade floats and people got to go through a cloud of fake winter snow, adding extra Christmas to the whole event. Another new, but old feature was the recovered and refurbished 1953 Ford F600/Pirsch pumper Hogansville firetruck that successfully drove the whole parade.

Last year’s parade was canceled due to rain but City Manager David Milliron said the city had planned to have this one come through rain or shine.

“When you think about the community size of 3,200 people in Hogansville, to be able to pull off all of this and have all of these floats, have all of the vendors, Mrs. Claus and Santa Claus, I couldn’t be prouder,” Milliron said. “This just shows the hometown pride. That’s what make hometown America so great.”

Hogansville featured its old council and new council, as well as the newest firetruck that will be stationed in Hogansville. New to this year was also an ugly Christmas sweater contest and a canine Christmas contest.

“This all just came together, and was great,” Stankiewicz said.