The LaGrange Police Department has obtained warrants for the arrest of Tierre Tyrell Williams, 28, of Phenix City Alabama in connection to the murder of an Auburn woman on Sunday night.

A 22-year-old female was killed in the parking lot of the Racetrac on Lafayette Parkway just before midnight on Sunday night. 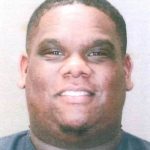 According to a press release from the LPD, officers responded to 1517 Lafayette Parkway in reference to a person shooting at a car in a parking lot. As officers responded, 911 received additional calls indicating a person had been shot and was parked in a car near Hoffman Drive on LaFayette Parkway. Officers located that vehicle and identified the female victim as Da’Jai Green, 22, of Manchester. Green had a gunshot wound and was taken to WellStar West Georgia Medical Center, where she was pronounced deceased.

The LPD’s investigation determined that Green and her boyfriend, Deangelo Finley, 21, of Auburn, Alabama, stopped at Racetrac while traveling back home. During their stop, Finley confronted a male acquaintance in the parking lot, resulting in a brief argument.

Finley then allegedly robbed the acquaintance, later identified as Williams, by snatching a necklace from him, according to police. After the robbery, Finley ran back to the vehicle Green was in, and they started to leave. According to LPD, Williams began firing into the victim’s vehicle and struck Green. Williams then reportedly fled the scene in a dark-colored Dodge Challenger.

Williams was described as being a black male, five-feet eight inches tall, weighing 300 pounds, wearing a gray jacket, black shirt and light-colored pants. At the time of the news release, police believe Williams to be in the Phoenix City, Alabama, or Columbus, Georgia, area.

Based on the evidence obtained at the scene, Finley was later arrested and charged with robbery by snatch. He was transported to the Troup County Jail.

A LaGrange man is currently wanted in connection to a shooting on the 800 block of Murphy Avenue that left... read more