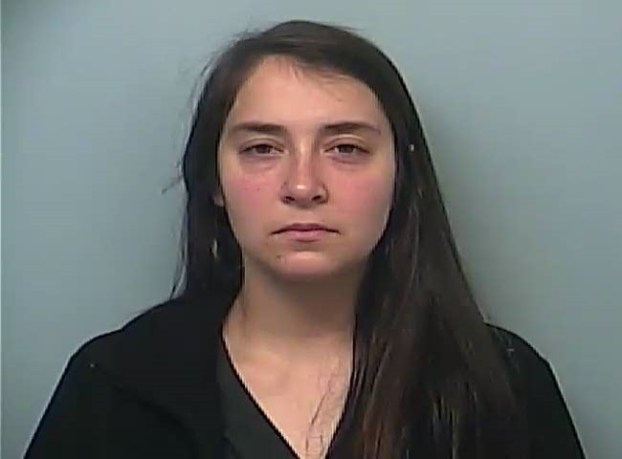 A nurse working in the Troup County Sheriff’s Office medical unit was arrested Monday morning for having sexual contact with an inmate, according to TCSO.

Dorathy Pike, 26, was a contract nurse employed by WeCare.  Sheriff James Woodruff received information that Pike had an improper relationship with a trustee while working in laundry Monday morning.

“She stayed over [after her shift Sunday night], and we talked in depth,” Woodruff said. “Little by little, she admitted that this and that happened, and that they kissed. She then ultimately admitted that they did have sex. Only one time, but that is against state law.”

Woodruff said he immediately turned it over to investigations, and she was then placed under arrest and charged with improper sexual contact by employee or agent. She could face five to 20 years in state prison for the felony.

Pike has been in her position at TCSO for approximately six months.

“I will have no tolerance at all, ever, for contraband being brought into this jail,” Woodruff said. “Nor with relationships being taken place between inmates and staff or employees. I have zero tolerance for that and I always have and always will. [I am] never going to sweep it under the rug.”

According to Woodruff, the inmate-employee relationship has been going on for approximately three weeks.

“They’re doing laundry all night and medical is right across the hall,” Woodruff said. “At this point, the inmate is not facing he charges because he is the victim in this situation. We’re not going to charge him or release his identity.”

Although the inmate will not be charged, he will be stripped of his trustee privileges.

“I am very disappointed because this has such a ripple effect,” Woodruff said. “Not only does I affect her, but it affects her husband, her children, her friends, her job and her criminal record.”

The LaGrange Police Department has obtained warrants for the arrest of Tierre Tyrell Williams, 28, of Phenix City Alabama in... read more