The main part of a 35-acre beautification project has recently been completed at Exit 13 on I-85, although it may be summer before those using the exit can see the full impact of the project.

In February 2018, local leaders approved a major landscaping project at Exit 13 on I-85 in order to provide a better first impression of the community to the 500,000 visitors expected to visit Great Wolf Lodge every year, in addition to those visiting the business park.

“With The Ray coming along and all the attention that is given to the interstate on that section of 85, the opportunity and the idea came forward that we should be looking at beautifying 13 because of the industrial park and because of Great Wolf,” County Commission Chairman Patrick Crews said.

The planting portion of the project is now complete, and local stake holders toured the project on Thursday morning. LaGrange Mayor Jim Thornton updated the LaGrange City Council on the project during its Thursday work session. Thornton said that he liked the design and noted the people that made it possible.

“Council may recall that we approved some funding for that [project] along with the county, Callaway Foundation, [the Ray C. Anderson Foundation], Selig and Great Wolf all contributing to it,” Thornton said. “Gary Gullatte from Columbus was hired to design it, and Dan Evans, a local landscaper here in LaGrange, actually got the contract to do the work.”

According to Thornton, more than 6,000 plantings were installed at the exit due to the size of the space, and those plantings will be maintained by the contractor for the first two years.

“When you walk it on foot as opposed to driving by in a car — which I did this morning — you realize that it’s a big space,” Thornton said. “They installed that plant material, and their contract calls for them to maintain it for the first two years. So, there is no maintenance responsibility on the city or the county for the first two years as it develops and grows.”

“Fourteen, 15 years ago we were having discussions about improving our gateways into the community,” Crews said. “We wanted something that was attractive and inviting as people travel down the interstate, and so there was a lot of work done around Exit 18, primarily with state grants with the DOT.”

Crews said that it was only thanks to community partnerships that the landscaping project at Exit 13 was possible.

Thornton said that he felt good about the landscaping, and he hopes to turn attention next to Exit 14, where solar panels are currently being installed, but little landscaping has been done.

“At this point, I think we’ve landscaped very well 18 and 13, and I think we probably still have some work to do at 14,” Thornton said.

“There’s an interesting solar farm that has gone in there at 14, which is not necessarily attractive, but it is making a statement about solar power.”

Both the city and the county have recognized the importance of having attractive entries to the community through corridor plans and investments into highly visible areas like Exit 13. Now, local leaders hope to see some of those efforts pay off.

“Come this summer, when all those grasses start blooming, it is going to be very, very attractive down there, so I hope six months from now, we’ll all be able to see a beautiful intersection,” Crews said. “We want them as we are going down the interstate to know when they hit Troup County. So, I’m really excited about it.” 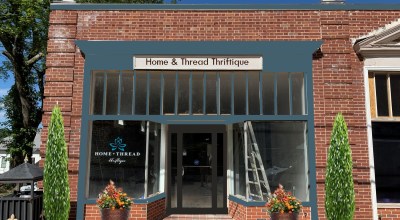