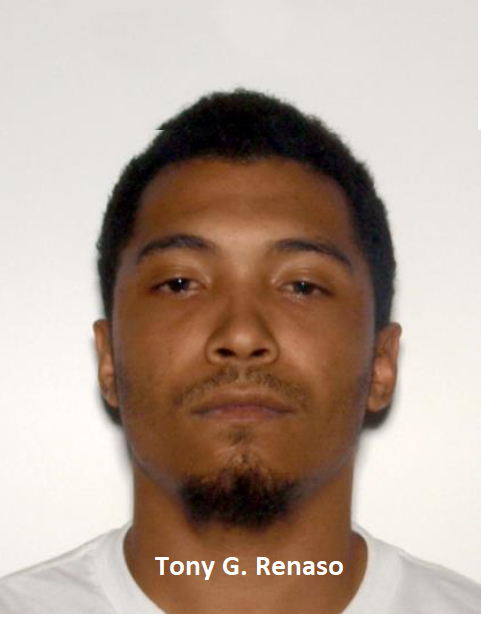 A Columbus man is wanted for a murder that occurred at Motel 6 in LaGrange Wednesday night just before midnight.

According to LaGrange Police Department Sgt. Robert Kirby, officers were called to the area after multiple calls had been made about gun shots heard around the motel.

Kirby said when officers arrived, they located 31-year-old Jeffery Flansburg, of Smyrna, Tennessee, lying on the sidewalk in front of a room with a gunshot wound to the neck.

Flansburg was transported to WellStar West Georgia Medical Center where he was later pronounced deceased. LaGrange police were able to determine that there were at least two individuals involved in an altercation with the Flansburg just prior to the shooting.

One of the suspects is Tony Galvan Reynoso, 27, of Columbus.

“We are currently trying to identify the second person,” Kirby said.

According to a press release from LPD, the suspects were observed leaving the area after the shooting in a red Chevy Cruze. Police were able to determine that the vehicle was registered to a Columbus, Georgia, resident and immediately traveled to Columbus where members of the Columbus Police Department assisted with locating the suspects’ vehicle. Detectives seized the vehicle involved for evidence processing and obtained sufficient evidence to obtain arrest warrants for Reynoso for the offense of murder.

Wednesday’s incident is the second murder in that part of Lafayette Parkway this week.

“The second was drug related, and it just happened that the one guy had checked into Motel 6 several days ago and had agreed to meet with these folks and resulted in the shooting,” LPD Chief Lou Dekmar said.

On Sunday, a murder had occurred right next door at Racetrac at close to the same time of night.

“We do not believe it is related to the other one at all though,” Kirby said. “It is just a coincidence that they are that close together.”

Additionally, Kirby added that in the most previous homicide incident from Sunday and Wednesday night, all parties were not from the LaGrange area.

Kirby added that one of those homicides was an involuntary man-slaughter case, while the rest were murders.

LaGrange police detectives do anticipate more arrest warrants will be issued in the case. Reynoso has not been located and is believed to be in the Columbus area. Detectives are requesting the public’s assistance in locating Reynoso.