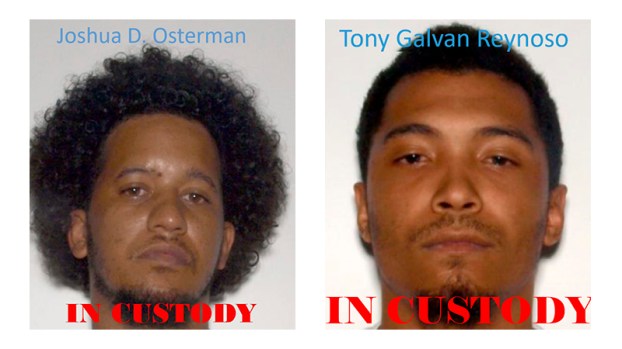 Tony Galvan Reynoso, 27, of Columbus, Georgia was arrested in Montgomery, Alabama, on Thursday morning and Joshua D. Osterman, 32, of Columbus turned himself in at the LaGrange Police Department shortly thereafter.

Both are suspects in a shooting at Motel 6 that occurred on Lafayette Parkway on Dec. 18. Jeffery Flansburg, 31, of Smyrna, Tennessee, was killed in the shooting.

According to LaGrange Police Department Sgt. Robert Kirby, the Montgomery Police Department received a tip that Reynoso was staying in a local motel in the area. The MPD investigated the tip and arrested him Thursday morning at his motel room.

According to Kirby, officers were called to the area of Motel 6 Dec. 18, after multiple calls had been made about gunshots heard around the motel.

Flansburg was transported to WellStar West Georgia Medical Center, where he was later pronounced deceased.

LaGrange police determined Reynoso and Osterman had an altercation with Flansburg before the shooting.