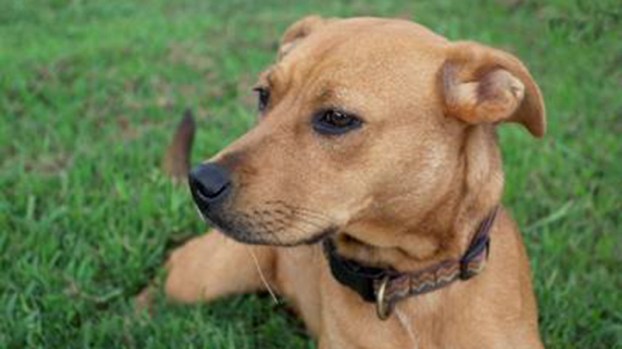 Roughly two months after an update to the City of LaGrange’s ordinance requiring adequate shelter for domestic animals from November through March, LaGrange law enforcement is reporting few problems with getting citizens to comply with the updated requirement.

However, those same officers still face regular instances of dogs being chained, which has not been allowable in the city since December 2015.

“Thus far, we are continuing to have more issues with people properly tethering their dogs as opposed to properly housing them,” Capt. Mike Pheil said. “There have been some folks [not in compliance], and we try to do everything we can to gain voluntary compliance. So, I don’t think there’s actually been much enforcement yet. We are still trying to educate our public.”

Pheil said the LaGrange Police Department is treating the updated ordinance just like it would any new law — working to educate citizens so that they can meet the new requirements.

“Just like when traffic laws change, we try to give folks a learning curve,” Pheil said. “So, as we’re identifying some violations, we share the ordinance modification with them and give them a reasonable couple of days to address the deficiency. As we’re bringing this to people’s attention now, they’re probably taking care of the issue.”

According to the City of LaGrange’s code, adequate shelter consists of a completely enclosed structure with four sides, a constructed floor and a roof with a door opening. The ordinance specifies that it should also be clean, dry and compatible with current weather conditions, in addition to age, size, species and condition of the animal. It further states that the structure should be large enough to allow the animal to stand, turn around, lie down and go in and out of the structure comfortably. Some type of bedding that is quick drying must be provided to maintain comfortable temperatures within the structure during the months of November through March.

The full definition of adequate structure can be found in the city’s code (section 10-30-1), and Pheil encouraged pet owners to review the section. He also pointed out that important updates are frequently shared through the LPD’s social media accounts.

“Our ordinances are readily available online through the city’s website, and we’ve posted these updates on our social media platforms,” Pheil said. “If they would just make a point to evaluate their pets’ circumstances and make sure they’re in compliance so that we don’t have to take the time to come out and educate them on that, it would be beneficial for us.”

Paws4Chainge Founder Evie Kettler said that she is thankful to the LaGrange City Council for updating its ordinance to ensure that dogs have a safe place to live. However, she said that there is still a lot of work to be done.

Paws4Chainge builds fences for dogs and pet owners who would otherwise be unable to afford a fence. Kettler said that so far, Paws4Chainge has helped 40 dogs. The non-profit also recently donated bedding materials for those struggling to afford the seasonal purchase.

Kettler said that through her work with Paws4Chainge she has seen dogs behave aggressively, chew through dog houses and develop major health issues after spending long periods of time on chains. The non-profit has worked with those owners to help with some of the physical issues in hopes that once the dogs feel better and can move around, they will lead healthier, better-tempered lives.

Both Kettler and Pheil agreed that spaying and neutering are important for pet owners.

“I would love to see more people take responsibility to ensure their animals are spayed or neutered,” Pheil said. “That would most certainly lead to a reduction in the influx of animals we always see that are abandoned or unwanted that we find running the streets. That would benefit the community as a whole.”

Pheil said that if more pet owners opted to spay or neuter their animals, then the shelter would face overcrowding less often.

Now that presents are unwrapped, and a new year has begun, the LaGrange community is back to its hustle and... read more