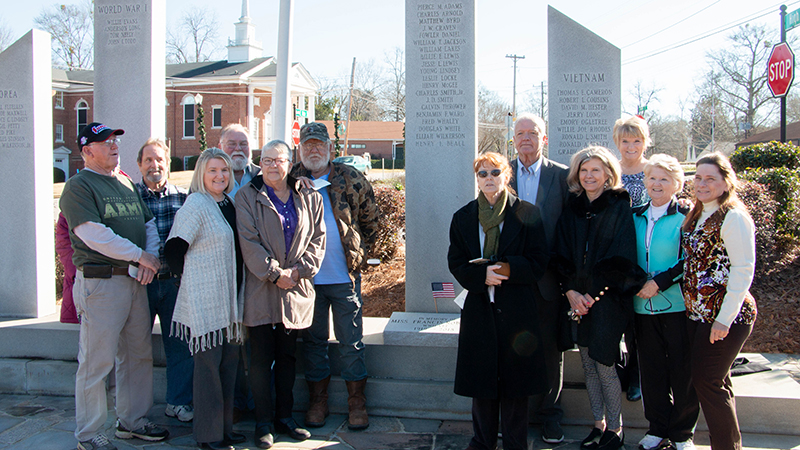 The City of Hogansville gathered Monday morning to celebrate a veteran’s 101st birthday with a marker dedicated at Calvin Hipp Veterans Memorial Park.

Frances Beall Robinson was born in 1919 in Campbell County, but lived most of her life in Hogansville before passing away at her home on May 8, 2018.

Robinson served in the Women’s Army Corps as a medical tech in World War II and was a member of the Army women’s basketball team.

“When I moved to Hogansville in 1999, one of the first persons I met was Ms. Frances,” said Hogansville Mayor Bill Stankiewicz. “She was a reporter for the Hogansville Herald. Everybody in town knew Ms. Frances.”

Stankiewicz said she was a major asset to the community.

“I don’t what this city would have done without people like Ms. Frances, and their service,” Stankiewicz said. “Not only to their country, but to their community. She did that for many, many years, and I think it’s only fitting that we honor her.”

Robinson also was the first woman to join the Hogansville Optimist Club and taught swimming lessons for 30 years.

“Ms. Frances struck me out more than once,” said Commander Winston L. Braswell Jr. “She didn’t hesitate to contact me more than once … she wasn’t afraid to tell me what she was thinking. We loved her.”

“As long as we remember her, she’s still alive,” Stankiewicz said. “She’s alive in our hearts and will always be a part of this city.”