Relay for Life gears up for kickoff 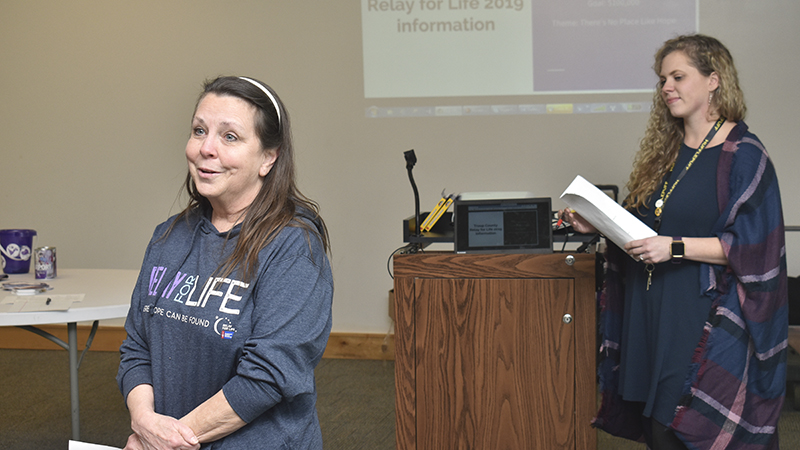 Fundraising for Relay for Life officially kicks off Thursday night at the Mike Daniel Recreation Center in LaGrange.

“We’re trying to reach out to all of our teams that participated last year to remind them that Relay for Life is around the corner, which is April 17,” said event chair Lynn Howard. “We want teams to start fundraising, to start pulling teams together, to start talking to your team members and maybe even create your team online. It’s time to go ahead and do that.”

Relay for Life events are life-changing cancer fundraisers that help communities across the globe fight back against cancer.

This year’s kick off will feature a chili-cook-off with six different teams participating.

“Everybody that comes in can buy a wristband for $5 and get to taste all the chili’s, and at the end of the evening vote on which one they liked the best,” Howard said. “The team that cooked that and wins will get the money raised [from entry and wristband fees] toward their team.”

The kickoff event itself is free to attend but those looking to vote in the chili contest can pay $1 for a single tasting cup or the $5 wristband fee for unlimited tastings.

As of Wednesday, Howard said they have 22 teams registered for Relay for Life.

Howard said she hopes people come out to the kickoff and feel inspired to make a team.

“Cancer really effects, in one way or another, everybody,” Howard said. “Everybody from children to grown-ups. It affects them in all kinds of ways because there are so many cancers. We really need to find a cure.”

Howard herself is a cancer survivor and has been in remission for 15 years.

“I think that my position as event chair helps me to let people know about cancer, and [tell them] to just to be checked for it and things like that. We want our community to be cancer free.”

“I really want to meet our goal this year and awareness too because that’s the main thing,” Howard said.

For more information, email Howard at lhoward@troupco.org. To make or join a Relay for Life team, visit RelayForLife.org and search Troup County.