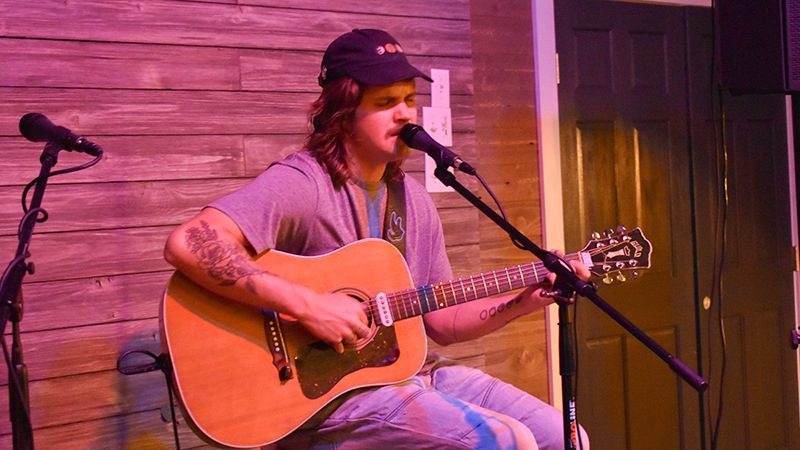 The Depot in Hogansville overflowed with music, dancing and good times as Jacksonville native Corey Kilgannon took the stage this past Friday.

Hogansville has been working hard to revamp the downtown area, making a name and showcasing what the town has to offer. Mark Ayers, operator of the Great Southern Pub and one of Hogansville’s newest city council members, said it’s important to bring more businesses, families and non-profit organizations to the area.

“We want to bring Hogansville back to life,” Ayers said. “To do this, we have to have housing, foot traffic, education and business, something we have been working hard to bring to the area.”

Ayers is a part of Pioneer, a group that works to revitalize Hogansville. The team has been working on improving commerce and foot traffic in the town and opening more storefronts.

“Adding Station House Coffee really turned the community around,” Ayers said. “When we started working on The Depot, we wanted to have a place that was like the town’s living room. We made this place to feel like home to build relationships with people in town.”

To bring an aspect of art and creativity to the town, Seth Cagle was hired as creative director, social media manager and marketing specialist. As The Depot has just begun its Live Music Fridays, Ayer’s said Cagle’s role is imperative in finding artists and expanding events to add entertainment value to the venue.

“We are trying to expand the artists and acts we have at the Depot,” Cagle said. “There is so much community spirit, and what we’re doing is very experimental. We want to see how people react to the acts we bring here.”

The venue will be holding an event every Friday, having anything from live music to magicians to comedy shows.

Kilgannon came to Hogansville while touring for his newest album “As Above, So Below”— a record that came out in 2019. He flew in the day before from Brooklyn, New York, to play in Hogansville after getting in touch with Cagle.

“We’re pretty used to traveling, which is something I find pretty inspiring,” Kilgannon said. “I’ve really liked what I’ve seen of Hogansville, and it’s nice what everyone is doing here.”