76 gas station fails fuel test due to water in gasoline 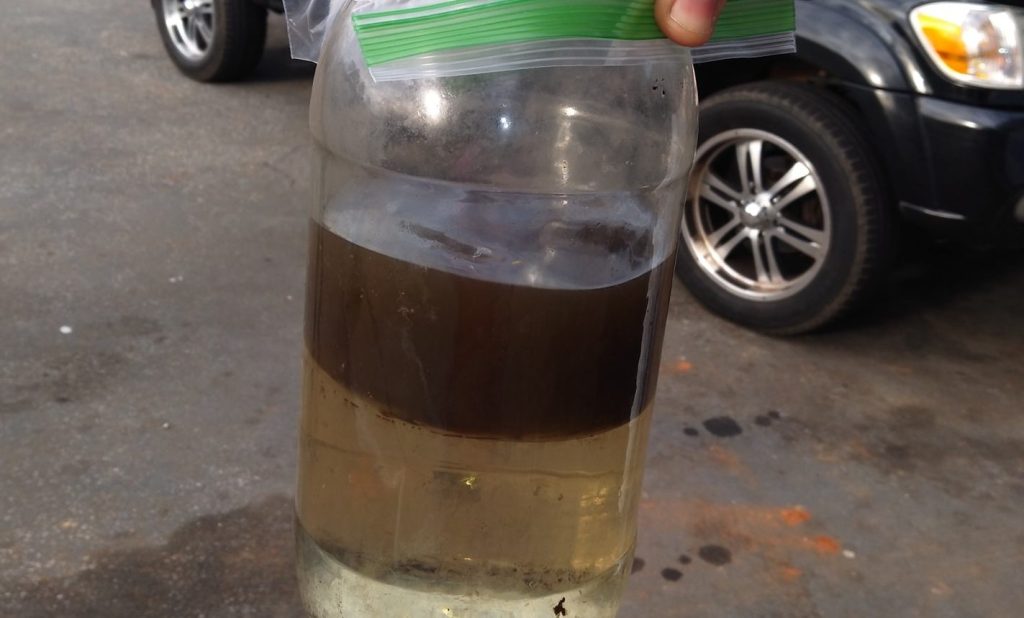 The 76 gas station on New Franklin Road had one of its pumps locked, due to serving customers its premium 93 gas contaminated with approximately 40% water, according to the Georgia Department of Agriculture.

David Au, a state oil chemist with the Georgia Department of Agriculture said they received a complaint and request for the gas to be tested on Jan. 2, 2020.

“On Jan. 6, we tested and confirmed that there was 40% water in there,” Au said. “There should be absolutely no water in the gas.”

Au said it is illegal for anyone to sell gas with water in it, and the pumps should have been shut down immediately after the complaints were filed.

One local citizen, Mike Legos, said he had to have his entire fuel system cleaned out and had to replace parts on his truck due to the water damage the gas caused.

“I was told to bring in a report of damage, and I would be refunded,” Legos said. “But now no one is getting back to me and when I went back in to check on the issue, they had a stack of bills from other customers that had severe damage.”

Au said that the gas station must empty the entire tank and refill it with uncontaminated gas before GDA can retest it again.

“It is absolutely illegal to sell any gas with water in it, especially 40%,” Au said. “The owners are aware of the situation and know the pump is locked now. All premium pumps are locked.”

Au added that any amount of water in gas going through an engine will guarantee damage.

“It’ll damage your fuel pump, cause rust build up and cause more damage down the road,” Au said. “The entire fuel system will be damaged. Your car cannot intake water whatsoever.”

According to the report of analysis from the GDA, New Franklin 76 received its Premium 93 gas from the carrier Jones Petroleum. Neither corporation, 76 or Jones Petroleum could be reached for comment on Wednesday.