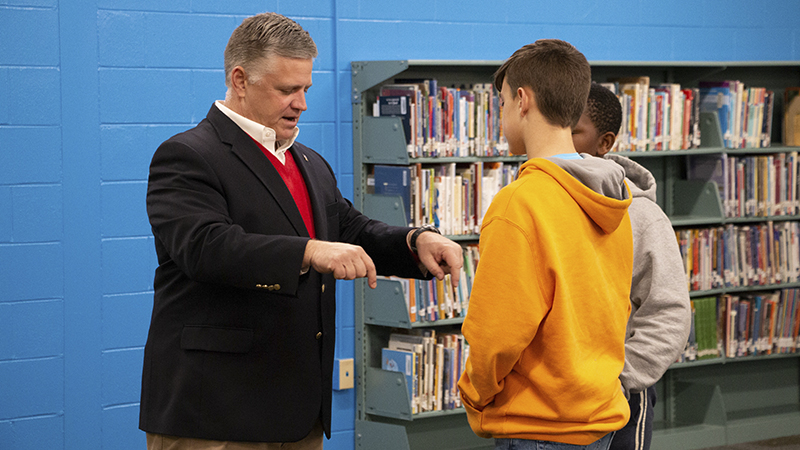 In Wednesday’s newspaper, we wrote about U.S. Representative Drew Ferguson paying a visit to a classroom at Long Cane Middle School.

Ferguson had received a letter from students in Chris McCalla’s class, who were upset they couldn’t obtain a drone license until they were 16 years old. The students are correct. The FAA regulations say that you must be at least 16 to get a permit, and unfortunately for them, that means they’ll have to wait a few years.

When they sent the letter, it’s likely they didn’t think they’d actually get a response.

But they did — in person.

Ferguson actually went to LCMS on Wednesday on a trip that included a couple of other stops, including speaker at a Republican party event. However, his stop at LCMS shows that his role in Washington D.C. hasn’t left him unresponsive to the concerns of everyone he represents.

Ferguson shared why the law is in place like it is, but he also listened to the students, who shared their concerns as well. And let’s be honest — the students in McCalla’s class probably know more about drones than all of Congress combined, so the feedback might actually be worthwhile and important to have.

We applaud the students for taking the initiative to actually contact a representative about something they feel strongly about. Most of us adults just grumble for eternity about problems, rather than actually trying to get something done.

We also applaud Ferguson, who obviously has a very busy schedule and probably could’ve easily sidestepped a direct visit to discuss drone regulations. But he recognizes that our students are the future, so he stopped in and gave some of our future leaders a chance to share their opinions.