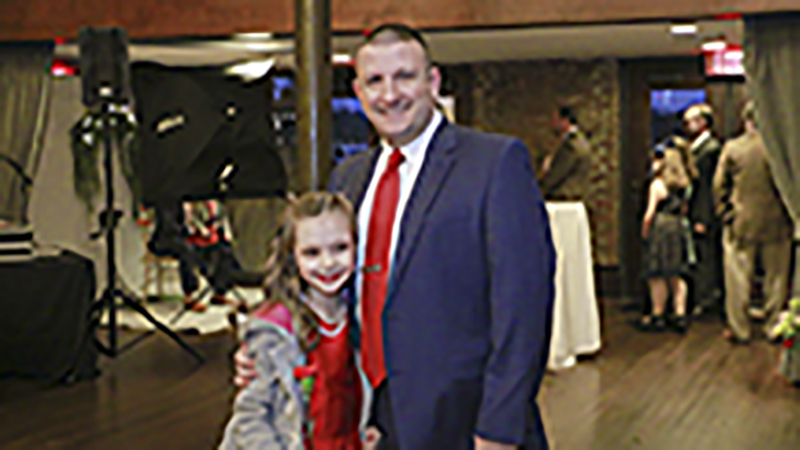 LaGrange police Detective Ley Wynne and his daughter Emily Wynne pose for a photo Thursday night at the Del’avant during the Daddy-Daughter dance hosted by Chick-fil-a. — Photo by Jenna Oden

Dads and daughters from all over LaGrange showed up and showed out at the “Daddy-Daughter” dance hosted at the Del’avant Event Center Thursday and Friday night.

The event, hosted by Chick-fil-a, was created as a way for dads and daughters to bond and spend time together.

“A lot of times, we are so distracted by the world that there’s not enough time to be intentional about spending time with family,” said Rob Bowman, Chick-fil-a operator. “What we’re doing with this dance is setting aside a special time for dads and daughters to spend time together.”

The dance had 250 people in attendance both Thursday and Friday, with the event being wildly popular among the LaGrange community. The tickets sell out almost immediately after being available for purchase.

“We usually only do one night, but the demand got so big that we had a lot of disappointment when we had to turn people away. That’s why we decided to add a second night,” Bowman said.

The Daddy Daughter dance was started about 10 years ago and has grown significantly since the start. The dance included a DJ, provided meals, photo ops and a special appearance from the Chick-fil-a cows.

“There are a lot of opportunities for parents to bond and for family to grow,” Bowman said. “We’re happy to be able to provide a setting.”

Many of the dads and daughters were happy to be there, expressing the joy of spending time with one another.