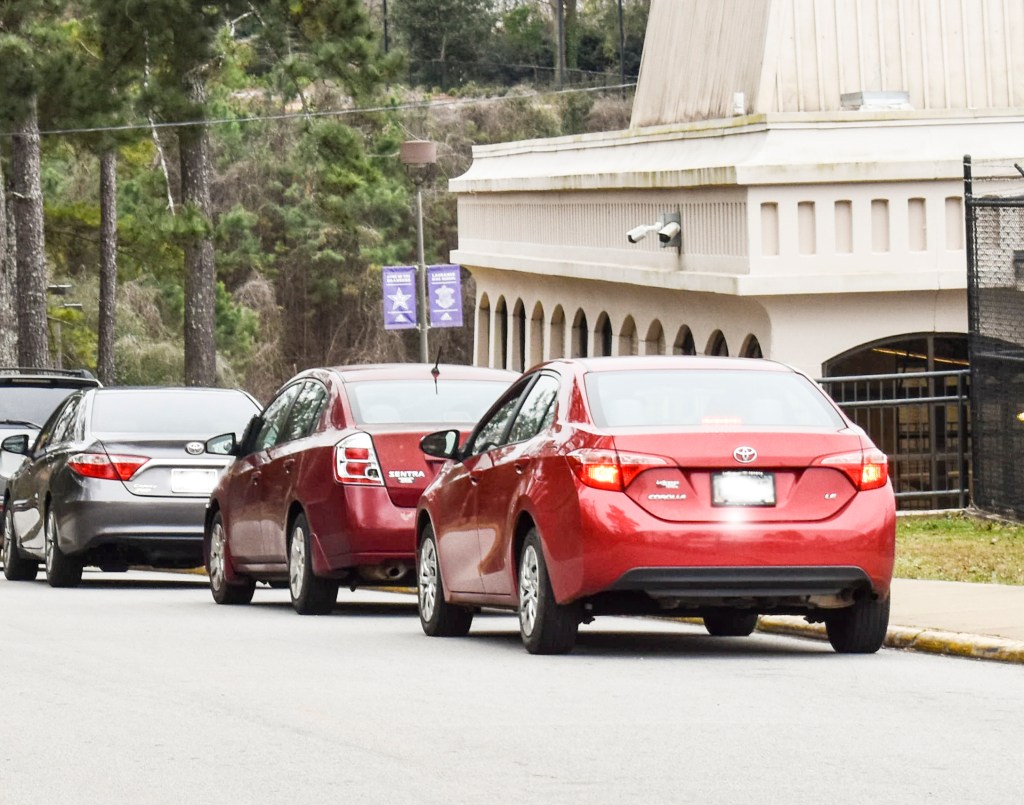 A line of cars wait for students to get out of school at the intersection of Marshall Street and Highland Avenue. — Dustin Duncan

The frequent gridlock occurring near LaGrange High School between 2:40 p.m. and 3:20 p.m. during school days could soon be alleviated.

Currently, access to LaGrange High School is typically through Ridley Avenue, turning left on Highland Avenue, then left on Marshall and left again on West Bacon, taking motorists back to Ridley.

The proposed plan by Kostial was to flip the two one-way streets, meaning motorists would travel west on West Bacon Street and north on Marshall. He said students would exit LaGrange High School to leave on Highway Avenue, which would remain a two-way street. The section of Highland closed near the high school due to construction of the new athletic facility doesn’t impact the police department’s plans, Kostial said.

Kostial said the driving force between the request was the continued complaints about traffic gridlock that coincides with student pickup.

He said that traffic is blocking about 15 residents on Highland Avenue from leaving or entering their driveways during those times.

“The homeowners I spoke within that area were all in favor of a recommendation to flip the one-way traffic,” Kostial said.

No action has been taken on a potential change in traffic flow as LaGrange Mayor Jim Thornton said there would have to be a first and second reading on an amended ordinance. Thornton also suggested sending a written letter to any homeowners in the affected area to let them know what is happening.

Hillside Montessori to present ‘Into the Woods’ Wednesday