LaGrange Academy is closing the gender gap in AP subject 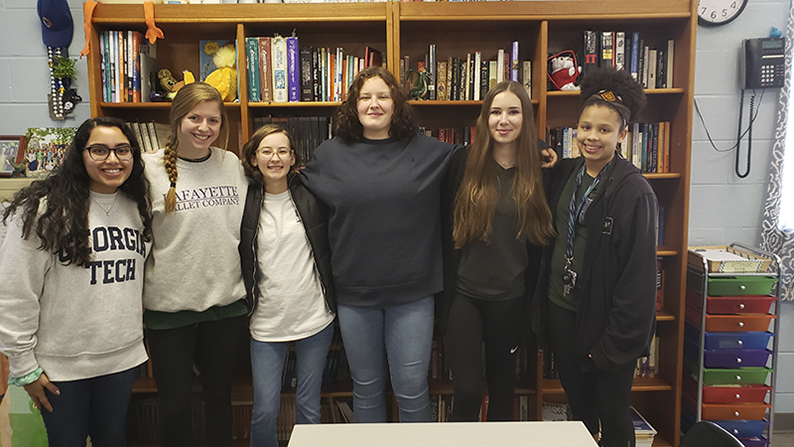 Female students at LaGrange Academy are helping bridge the gap.

The computer science program was added to the curriculum for the first time in 2018 with less than two female students participating the first year.

According to Kirzay, out of the 20,000 institutions that offer AP courses, 818 achieved this result during the 2018-2019 school year, nearly 20% more than the 685 schools recognized last year. In 2019, LaGrange Academy was one of 639 recognized in the category of AP Computer Science Principles. An additional 36 schools received the award for both CSP and CSA.

In Georgia, approximately only 20 other schools got the same award.

“We’re proud to see the creativity, commitment and enthusiasm our female students have demonstrated in their study of AP Computer Science Principles,” said Headmaster Brian Dolinger. “As educators and administrators, we believe a STEM education plays a critical role in fostering a lifelong relationship with learning and setting our female students on a path to success in a 21st century workforce.”

Approximately, 13 female students from LaGrange Academy took the exam that qualified the school for the award.

“I was ecstatic because it’s so very rewarding to be teaching these girls, and then hearing them say mid-year, ‘You know, I never thought I might want to major in computer science, but now I do,’” Kirzay said. “I would actually really like to see us start to branch it down even to middle school. Right now, we only offer it in high school, and I’d like to see them start bringing it up earlier, so that they can really get a hands-on experience with it before college.”

Kirzay added that providing female students with access to computer science courses is necessary to ensuring gender parity in high-paying technology jobs and to drive innovation, creativity and competition.

“LaGrange Academy is empowering young women to see themselves as creators, innovators and problem-solvers,” said Stefanie Sanford, College Board global policy chief. “We hope to see even more high schools inspire female students to harness the potential of an AP computer science education.”