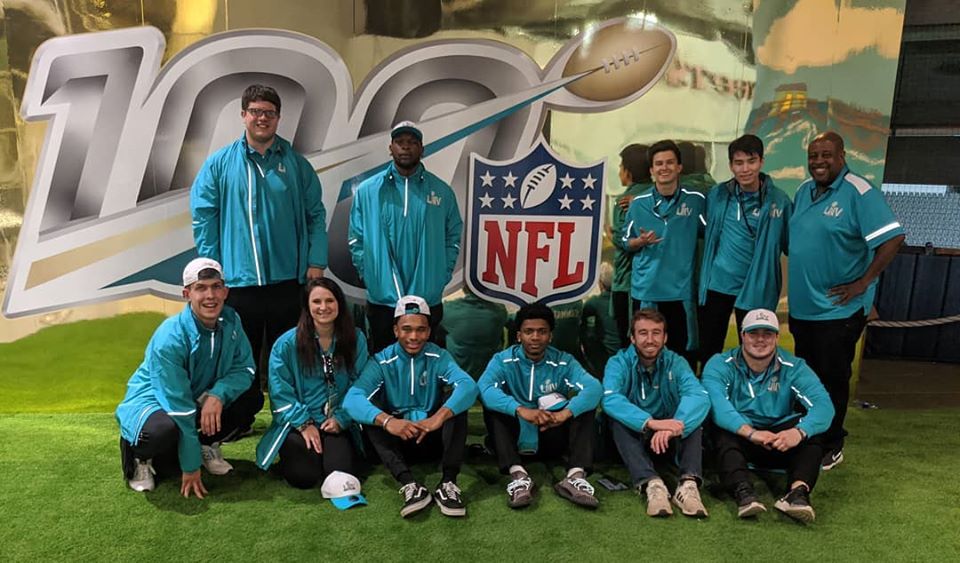 There’s not another worldwide event quite like the Super Bowl, where people of all ages watch.

Some of us watch for the actual game, while many other viewers want to see the halftime show and the commercials.

But no matter why you’re watching, chances are you were glued to the TV for several hours on Sunday night as the Chiefs rallied past the 49ers.

What you don’t see on television are all of the hard-working people behind the scenes. The Super Bowl revolves around the game, but it’s also a festival of sorts, bringing in crowds and media from all over the world.

Incredibly, for the third consecutive year, LaGrange College students were at the Super Bowl working and soaking in the experience.

“They are making major contacts,” said Preston James, assistant professor of sports management and business law. “They are getting smart now and asking everyone they meet for a business card. Some of our students, when they go to apply for a job have already worked at least three Super Bowls. All this experience is going to get them great jobs. The whole thing is giving them a chance.”

Think about being a college student and having a chance to rub elbows with some of the best marketing minds in the business. What an incredible opportunity.

We hope the students learned a lot during their week in Miami and can use the experience to jumpstart their careers.

There aren’t many colleges that are giving their students that kind of hands-on, working experience, but James and LaGrange College have made it happen three years in a row.