Mother and daughter ID’ed as victims in Sunday fatal fire 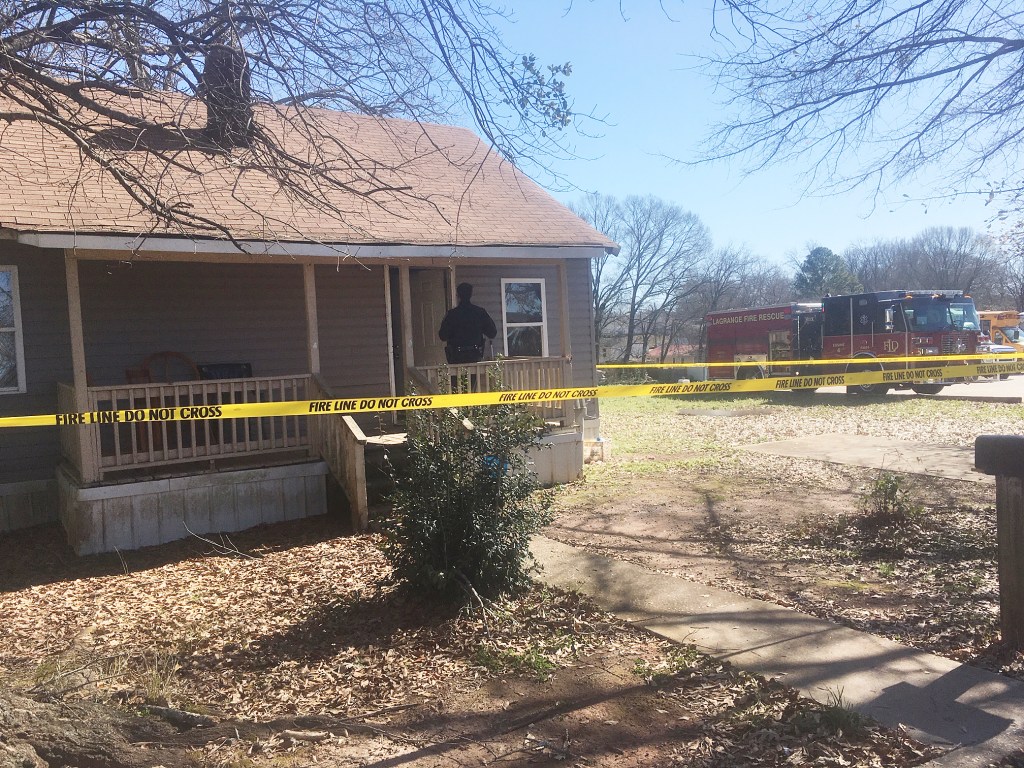 A mother and daughter died in a house fire Sunday morning on Reeves Street, according to LaGrange Fire Chief John Brant.

Brant said the victims had been identified as Tatiana McFarland, 29, and Mynova Satterwhite, 1.

The LaGrange Fire Department was dispatched on the scene at 7:39 a.m. due to an automatic fire alarm. According to a news release from the city, firefighters arrived at 7:45 p.m. and found smoke showing from the attic, but no flames were visible.

McFarland and Satterwhite were found in the bedroom, which is where the fire was located. They were removed from the structure but had succumbed to the fire, according to the press release.

The news release from the city said the fire was under control by 9:10 a.m.

The LFD estimated fire loss, including the structure and its contents, at roughly $20,000.