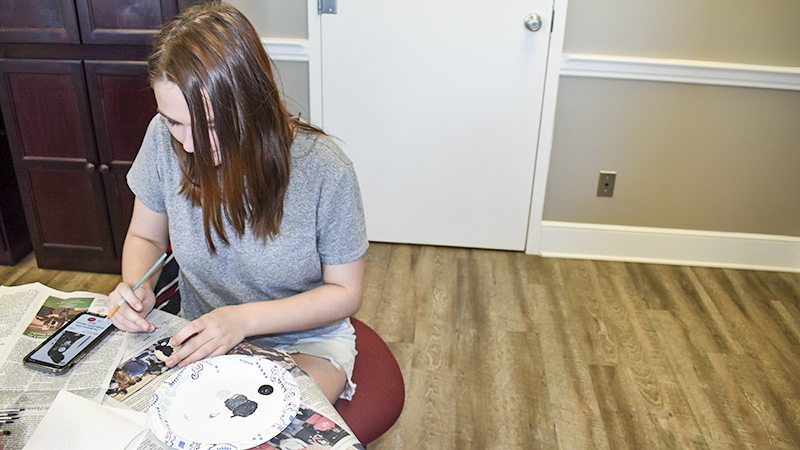 The City of LaGrange is accepting applications from high school students wanting to sit on the LaGrange Youth Council.

The youth council is an advisory board composed of 24 junior and senior high school students from surrounding schools, who provide advice and counsel to the local governing body. The youth council gives local youth a more formal role in local decision-making.

According to Katie Mercer Van Schoor, the city’s communications manager, the council was created by City Manager Meg Kelsey when she was the assistant city manager. The youth council is modeled after Newnan’s youth council.

The city is taking applications until 5 p.m. on March 20 and interviews will be held from March 23 until April 3. Van Schoor said all students who apply are interviewed in a professional setting and will be selected by the LaGrange City Council by April 10.

According to a city ordinance, the students must live within the LaGrange city limits and the number is capped at 12 juniors and 12 seniors.

Emma Strickland, current chairperson of the youth council, said being on the council has helped push her to be more involved in the community.

“I would have never been able to probably do half the things I’ve done here, “she said. “I’ve wanted to be in leadership roles, and being a part of this, I’ve been able to actually do things to make a difference in my community.”

Strickland said the council allows students to work with government professionals, who believe in the students.

“That kind of inspires us to do things and be our best selves,” she said. “Also, you are part of a community. That’s probably what I’ll miss the most next when I go to college — because you just feel appreciated and part of the community in a way that I didn’t feel before I joined.”

Strickland said being on the council has given her the confidence to believe she can accomplish projects and help make a few contacts along the way.

“I have people I know I can go to in the community like the mayor, for example,” she said. “I also feel like I could probably call anybody here (at city hall), and they would help with whatever I need.”

Van Schoor said city officials are there to help the students pursue what they want but the ideas are mostly theirs.

In 2019, the LaGrange Youth Council tackled a couple tough subjects, including mental health.

From that research, they decided to host a free teen movie night at Sweetland Amphitheatre on Feb. 14. The students raised concessions to donate to NAMI to try and help do something for those struggling with mental health.

Other programs included a Life 101 class, where students learned about resume writing, participating in professional interviews and the process of getting into college. The program was filmed and placed on social media channels for more access.

This year, plans call for more awareness of mental health. Strickland is leading the charge on creating yard signs to be placed around the city with positive messages printed on them. The signs are meant to inspire others who may be feeling blue. Also, council members are painting rocks with positive words on them to be placed around the city and in a community garden.

The community garden is a joint effort between the youth council and Piney Woods Farms. The garden is slated to be created within Calumet Park on April 2 with the Calumet Center for Healing and Attachment.

Another event scheduled by the youth council is a pet parade on March 21. Van Schoor said the parade is in conjunction with the LaGrange Animal Shelter, and there will be a blessing of the pets and the LaGrange Police Department K9 Therapy dog Donut will be the grand marshal.