It’s time for the Troup Lady Tigers to turn the page.

After an ultra-successful regular season, Troup will begin the tournament portion of its season on Friday.

Troup, which completed an unbeaten regular season with last weekend’s win over Cartersville, will play Cedartown on Friday at 7 p.m. at Sandy Creek.

If top-seeded Troup wins, it will play for the region championship on Saturday while also securing a home game for the state tournament.

Cedartown, the number four seed, knocked off fifth-seeded Chapel Hill 39-28 on Wednesday to earn its spot in the semifinals.

In Friday’s other girls’ semifinal game, second-seeded Central-Carroll and third-seeded Sandy Creek will meet at 4 p.m.

There will also be two boys’ semifinals games on Friday, with LaGrange and Troup both in action.

A year ago, Troup’s girls’ team won its semifinal game in the region tournament before falling to Sandy Creek in the finals.

This season, Troup is clearly the team to beat after running through the region schedule with a 12-0 record.

While Troup has had its share of blowout victories, there have also been a few close calls.

Most notably, Troup faced a double-digit deficit in the fourth quarter before rallying for a 44-43 home win over Sandy Creek.

Troup was also pushed on the road against Central-Carroll before winning 50-43, and it won a double-overtime thriller against Greenville in December, and it beat Cedar Grove by four points.

Outside of those games, Troup has faced some other big-time challenges, which coach Carla Thornton believes has the players prepared for tournament time.

“When you play the competition we’ve played, I feel like we’ve been battle-tested,” Thornton said. “We played Greenville, we played East Coweta. We played Westminster, Cedar Grove, and in our region Central, and Sandy Creek. We’ve been thrown punches in lots of ways, but we always find ways to respond.”

Thornton also knows that each time out, the Lady Tigers will get their opponent’s best shot.

“Everybody is giving you their best effort, because everybody wants to upset you, and give you that first loss,” Thornton said.

So far, at least, no team has been successful in handing Troup a loss, which is an impressive achievement.

“It’s a very hard task to do,” Thornton said. “I don’t think people realize how hard it is to win that many games.”

On the boys’ side of the bracket, LaGrange and Troup face tough opponents  on Friday after winning their first-round tournament games on Wednesday.

Troup’s opponent is a Sandy Creek team that is 21-4 overall and 12-0 in the region, and features one of the state’s top players in Jabari Smith.

In their two meetings during the regular season, Sandy Creek beat Troup 64-48 and 77-54.

“We know they’re a tough team to beat, but upsets happen all the time in basketball,” said Blake Craft, Troup’s head coach.

Troup beat Cartersville 73-59 on Wednesday to keep its season alive and advance in the tournament.

LaGrange’s task is a difficult one as well.

Chapel Hill is 10-2 in the region, with its only two losses coming to Sandy Creek.

LaGrange and Troup will play again on Saturday, either in the third-place game, or in the championship game. 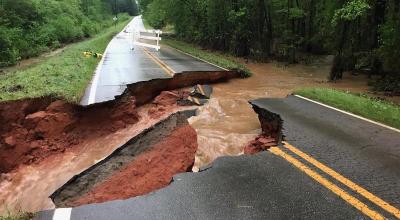