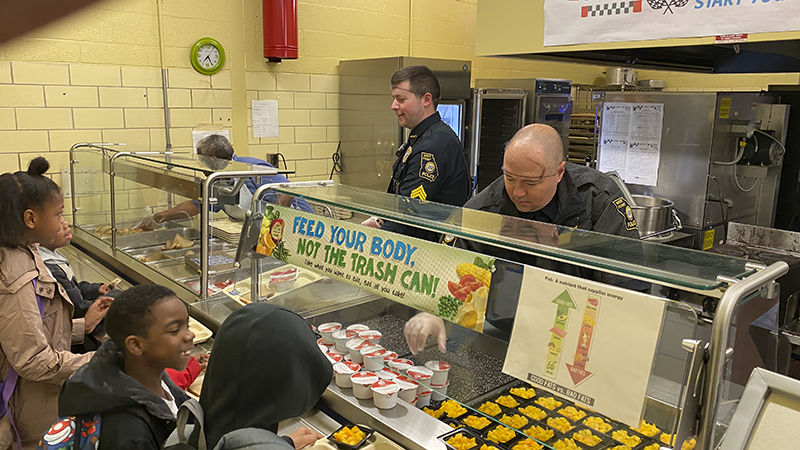 On Tuesday, the West Point Police Department held its first Protect and Serve breakfast at West Point Elementary School. This program will continue monthly for the rest of the school year.

“As I always say, the kids are the future. It is just a way greeting the kids first thing in the morning,” West Point Chief of Police Donald Britt said. “They don’t always get a chance to interact with police officers in a positive light, so it is just a chance to reach out.”

“It’s very important,” Britt said. “Most of the time, kids see the police is where someone is getting arrested. We want the kids to see the police in a positive light. They’re your friend.”

As of now, the plan is to continue the breakfast once a month, but Britt said they might make it twice a month.

The breakfast will rotate days throughout the month, that way different officers can experience the event and spend time with the kids.

“We have 12-hour shifts night and day, so a couple of our night officers stayed,” Britt said. “We may do it on different days probably twice a month.”

The breakfast is one of the community outreach programs that the WPPD has started since Britt became chief in 2018. When he started in 2018, Britt mandated that every day school is in session, two officers will go to the school to make sure everyone is safe.

The second project Britt started is a reading program between West Point Elementary and the police department. In this program, two or three officers go to the elementary school to read to the kids twice a month.