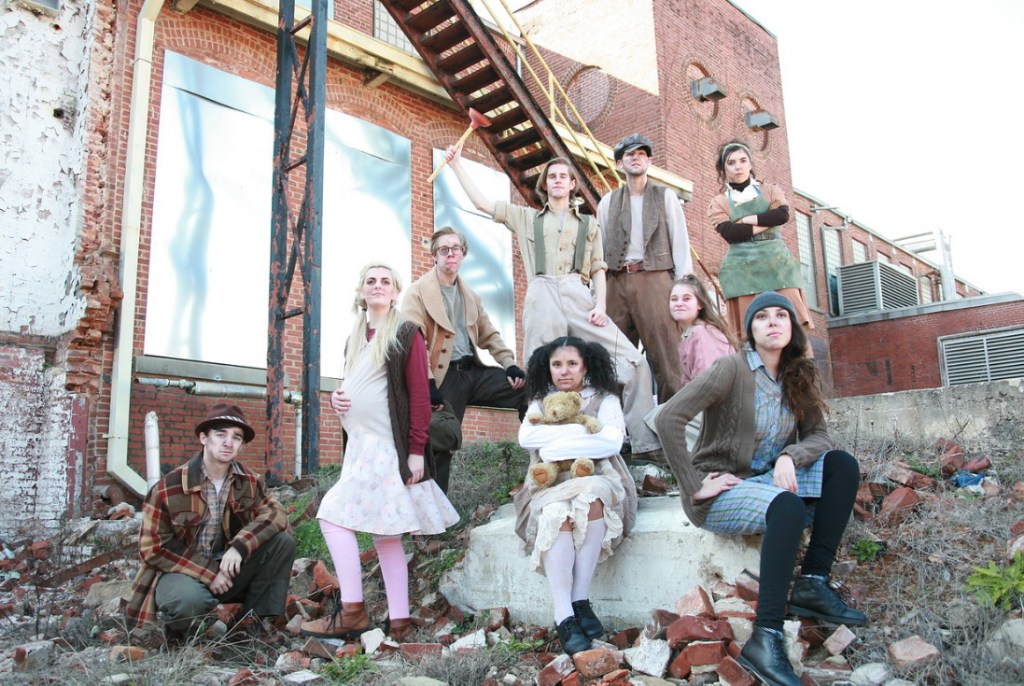 LaGrange College’s musical theatre is will host “Urinetown” on Feb. 19 through Feb. 23.

When Tim Fitz-Gerald, assistant professor of musical theater at LaGrange College, tells people what show he is currently directing for LaGrange College Theater, they are often taken aback.

“I tell them that ‘Urinetown’ is exactly about what they think it is,” he said. “But I also tell them the title is part of the show’s humor. The author (and characters) know it’s a terrible title. In fact, one character says, ‘A bad title can ruin a show pretty good.’”

Despite its off-putting name, “Urinetown: The Musical” won two Tonys when it premiered in 2001, and is one of the most popular shows to be performed in regional, academic and community theaters.

“I saw the original Broadway production a couple of times, and was cast in a regional production of the show as an actor,” he said. “Many years later, I was asked to associate direct a college production while I was earning my master’s degree. It is one of my all-time favorite musicals.”

The plot revolves around a severe water shortage in the town. The government, steered by the evil Caldwell B. Cladwell, has instituted public toilets that people must pay to use. Those who are caught “doing their business” elsewhere are sent to the dreaded Urinetown by Officer Lockstock (who serves as the show’s narrator) and Officer Barrel. No one has ever returned from Urinetown.

When fee increases are announced, the poor rise up to fight the tyrannical government to make the public amenities free for all to use. “Urinetown” is called a hilarious tale of greed, corruption, love and revolution.

Fitz-Gerald said there is much to enjoy in the show.

“The music is fantastic,” he said. “It is wickedly funny and has specifically drawn characters.”

It also is an ode to musical theater.

“If imitation is the sincerest form of flattery, then I would consider ‘Urinetown’ to be a love letter to the art form itself,” Fitz-Gerald said. “It spoofs the genre over and over again, but always in a way that makes the audiences feel as if they are in on the joke.”

But the director warns that the play makes an unexpected turn in the second act.

“Just when you feel you know what is coming, the show gets turned on its head,” he said. “The audience is finally introduced to the moral of the story that was hiding in plain sight the entire evening.”

And while the show is dark, that darkness is always balanced by its humor, Fitz-Gerald said.

“‘Urinetown’ is an eminently fun show to do and to watch. And it truly is a brilliant piece of theatre.”

This production is intended for mature audiences. It is not for children.

Tickets are $15 for adults, $10 for senior citizens (55 and older) and non-LC students and free for LC students faculty and staff. The box office is open noon to 4 p.m. weekdays and one hour before curtain. Email the box office to make reservations at priceboxoffice@lagrange.edu, or call 706-880-8080.