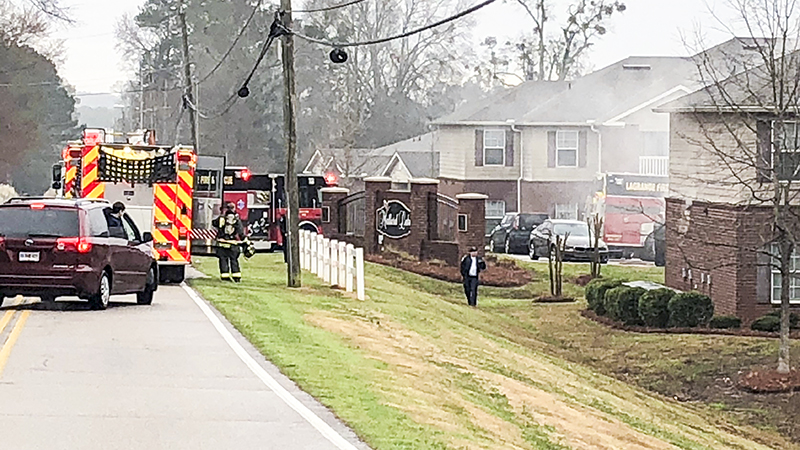 The LaGrange Fire Department responded to a structure fire Saturday afternoon on Old Airport Road due to the report of a fire in a bathroom.

According to the LaGrange Fire Department, firefighters arrived at the Mallard Lake Apartments, located at 110 Old Airport Road, at about noon to smoke showing from apartment 111. A news release from the city of LaGrange said an occupant reported the bathroom was on fire, and everyone was out of the structure.

Authorities say firefighters encouraged light smoke inside the structure, and eventually, the sprinkler system activated, which extinguished the fire.

The city says the fire damage was mostly contained to the closet bathroom because of the sprinkler system. However, the apartment did sustain heavy water damage.

Damages from the fire are estimated at $10,000, and there were no reported injuries.

The city says the cause of the fire is still under investigation.