Political nightmare not behind us 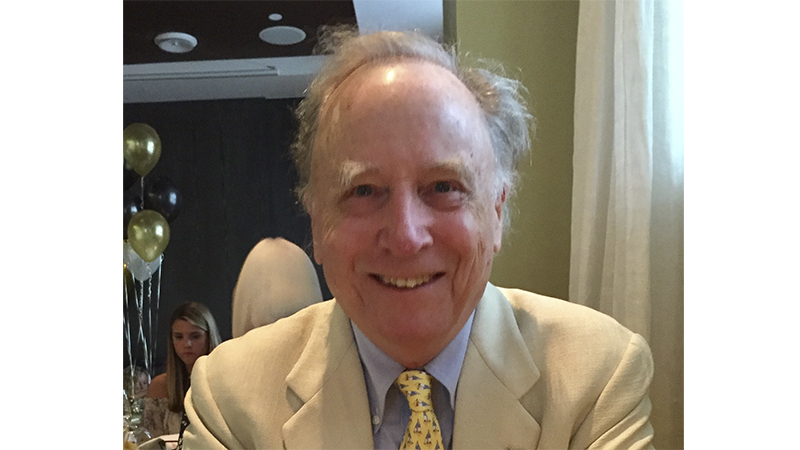 Well, it’s all over but the shouting. If Gerald Ford were still around, he might again be saying that our long national nightmare is over.

After watching and reading about the political machinations of both parties from my home here in rural, red state Georgia, where even the dirt is red, I feel relieved that it is behind us — except that it isn’t. The political bloodletting that is inevitably part and parcel of any presidential impeachment requires a long period of recovery and rehabilitation.

I think Nancy Pelosi foresaw the steep price the nation would pay for an impeachment. Early on she dragged her feet about going down that road, saying in The Washington Post Magazine of March 11, 2019, that an impeachment would be inherently divisive to the country, and should not be instigated without bipartisan (emphasis added) support and an overwhelming and compelling offense. People may honestly quibble over the seriousness of the offense, but there was barely a scintilla of bipartisan support. And who can argue that it has not been divisive? I suspect she now wishes she’d followed her initial gut instincts.

It was absolutely amazing to me to see mature men of established reputations and intellect making arguments that were the polar opposites of those made by these same men in the Clinton impeachment 22 years ago. I am speaking here of Professor Dershowitz, Senator Schumer, Representative Nadler and Judge Starr. It was laughable. In fact, some in the Senate chamber did laugh out loud. But in truth there was nothing funny about it at all.

Then there was the totally ludicrous suggestion that if a sitting president thought that his re-election was in the national interest, as any president would think, then he would be free to do whatever he thought necessary to advance his own electability. I wished Sam Rayburn had still been around to ask if that would include ordering someone to be killed, like maybe the Democratic candidate.

For their part, the Democratic leadership had to have known all along that, given the nature of the alleged offense, the chances of actually removing the president from office were infinitesimal. Why they chose to go down that path anyway is beyond my ken. Perhaps they thought the net political advantage gained would still come out in their favor. Given the results they actually got, it appears they miscalculated. Trump’s approval rating stands now at 49% (Gallup), the highest ever.

Personally, I thought Sen. Lamar Alexander got it right. “The totality of the evidence presented by the Democrats made it impossible for me to arrive at the conclusion that it never happened, that he didn’t do it, or that even if he did do it, it was perfectly within his prerogatives. That said, neither did it rise to the level of an impeachable offense. Part of that reasoning is tied to the proximity of the next presidential election; and that line of reasoning itself points out the gray- area nature of “high crimes and misdemeanors.”

Being inherently political in nature, there will never be a bright line for what is and what isn’t impeachable. So, what is an impeachable offense? Here, I fall back on Justice Potter Stewart’s remark concerning a pornography case that came before the Supreme Court way back in the ‘60s. He famously said that while he couldn’t define pornography, he knew it when he saw it.

I doubt that any sitting president will or should be impeached absent an offense that is so serious, so onerous, so toxic and malignant and dangerous to the nation as a whole as to have strong bipartisan backing, to make a two thirds Senate vote a slam dunk, and to have the populace overwhelmingly saying, “Good riddance.” A high bar? You bet. If the Founding Fathers had wanted anything less, they would not have made a two-thirds Senate vote a requisite for conviction and removal from office.

So, where do we stand after the last several months of political imbroglio? What is the net result?

First, Trump is still president, and with his highest approval rating yet.

Third, a name has been linked to the putative whistle blower.

Fourth, Biden has been smeared more effectively than the Trump campaign ever could have done, either alone or with foreign assistance.

Fifth, I think both parties have shown the worst of their seamy sides.

Sixth, the propagandist nature of the cable news outlets has been on full display. Comparing their commentaries to what I had actually seen, I sometimes felt we had been watching two completely different feeds, as if in parallel universes. Be it Fox or CNN or MSNBC, it was as if they were asking me whether I was going to believe them, or my eyes.

Game, set, and match to — no one, except perhaps our enemies.

And then there is this. On CNN after it became apparent that there would be no witnesses, former Republican Senator Rick Santorum suggested that after this is all over, someone representing Senate Republicans would go to see Trump with the admonition that he must exercise greater self restraint. In other words, while he may have slipped the noose this time, a rerun as a repeat offender could well lead to a much different and more drastic result, and one much less to his liking.

A friendship for the ages