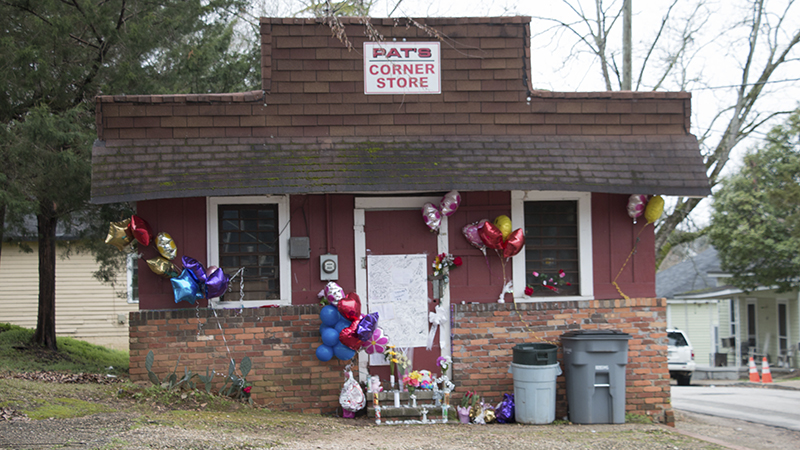 A man has been arrested for murder after allegedly shooting one person and killing another Friday night in the area of Union Street and Ware Street.

Officers were dispatched to the area of Union Street and Ware Street around 10 p.m. Friday night in reference to persons who had been shot. Officers located two victims, Ronald Turner, 42, and Patricia Underwood, 78.

According to LPD, Underwood was found deceased inside her store, Pat’s Corner Store. 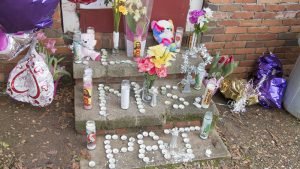 Residents near Pat’s Corner Store in LaGrange leave a memorial for the store’s owner, Patricia Underwood, who was killed by a stray bullet Friday night after a shooting incident outside her business. — Photo by Jenna Oden

“The altercation was outside [of the store], and it looks like a stray bullet went through the store window and struck Underwood,” said LPD Sgt. Robert Kirby. “She was just a bystander, and I don’t know if she even knew that anything was going on outside.”

Kirby said that the stray bullet went through the window located on the front, left-hand side of the building.

According to the press release, the initial investigation revealed a dispute between several parties led Parham to obtain a gun and shoot at Turner. Turner was shot while standing outside of his vehicle in the roadway.

“We know they were having some type of argument and then started shooting,” Kirby said. “We found six shell casings, so we know he fired his gun at least six times, but there could have been more.”

Turner was transported to WellStar West Georgia Medical Center for further treatment after being shot in the shoulder.

According to Kirby, Parham fled from the scene but was later apprehended across the street at his residence at 300 Ware Street.

There will be a candlelight vigil Friday night at 6 p.m. at the Calumet Park parking lot.