The storybook ending you never envisioned

Several people have contacted me over the years asking about a kind of grief that a lot of people overlook — the anguish and pain that occurs upon the unwanted ending of a relationship. 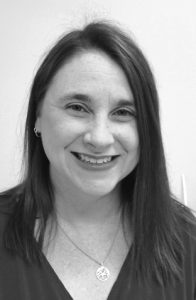 The word “divorce” is something that I grew up knowing about, and when I was younger, it seemed to be “whispered” more than “talked about” because it was considered “shocking.”

Of course, over the years, divorce rates have climbed upwards in a staggering statistic that shows more marriages than ever ending in complete and total disaster. The grief that someone encounters when the “person of their dreams” no longer wishes to be a part of the relationship can be gut-wrenching and filled with multitudes of negative feelings like guilt, shame and worthlessness. In fact, it is not uncommon for me to field questions along the lines of “How can I move past this?” and statements that break your heart such as “Sometimes, I wish they had just died, which is terrible, but knowing they are still out there without me feels worse than death.”

For those who are being “broken up with,” or “left behind” in this manner, their grief is often a silent one. They struggle with many things, one of which is the fear of being alone for the rest of their lives because they don’t believe themselves “worthy” of finding someone else and the fear of starting over feels foreign and strange. What I usually counsel individuals in this situation to do is to take some time for soul searching and reflection. I remind them that they have wonderful attributes and qualities that people love and just because this relationship didn’t work doesn’t mean that there isn’t someone out there that will love and accept them for who they are and bring back joy and happiness into their lives.

Of course, many individuals remain in the “denial” stage for quite some time, hoping that the relationship will “recover” or that the person they love will “come back to them.” They refuse to accept the finality of something they were committed to and most importantly, they grieve. It’s not easy to be the one “broken up with” and having to explain to family and friends what has happened can bring on more feelings of shame and worthlessness.

As family and friends, let us try to reach out more to those who are struggling with a relationship ending- whether it is a marriage, a long involvement, a friendship, etc.

Truth be told, sometimes even the person who has chosen to walk away is also feeling some grief, so instead of judging, let us be more open and welcoming to support and conversation. Walking alongside those who are grieving is never easy, but it certainly can make a difference for those who constantly feel as though no one understands or that they are walking alone. Fairytales don’t always have happy endings, but we can at least encourage individuals to envision “new beginnings.”

‘Torn up’ over a box of chocolates