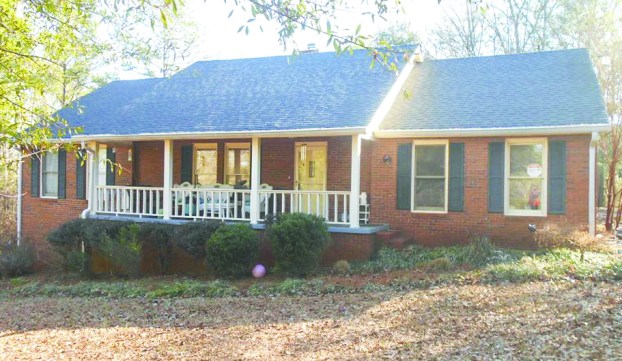 The Troup County Board of Commissioners will consider two special-use permits Tuesday night that were both previously denied by the county’s board of zoning and appeals committee.

The first application involves a request to operate a personal care home business at 910 Floyd Road in Pine Mountain.

At the Feb. 4 commissioner’s meeting, Troup County Planner Erin Johnson told the commissioners that staff in the planning department had recommended denial of the permit.

Part of the reason for denial was due to several calls to the Troup County Sheriff’s Department and Troup County Community Development Department regarding noise and other activity from the applicant’s address. Johnson said one of those calls to the development department prompted the owners of the home to apply for the special-use permit.

Johnson added that the owners of the property have been running the facility without a Troup County business license and a special-use permit.

Additionally, Johnson said based on recent reports made to various Troup County departments, the proposed use has a high probability of adversely affecting the safety and general welfare of the community.

Three people attended the Feb. 4 to speak in opposition of the special-use permit. Two of those individuals felt the home care facility could create a dangerous situation for their families.

Whitley Ann Harris, who lives on Floyd Road, said she knew of two calls made to law enforcement.

The first call was about a missing man who allegedly had paranoid schizophrenia. Harris said the 911 caller stated that a woman was searching the neighborhood in her vehicle but couldn’t find the man. About 15 minutes later, a police officer found the man four and a half miles down the street.

Whitley said the second call was in regards to an altercation at the proposed residence. After the incident, a man was in front of Whitley’s home, holding out his thumb, attempting to catch a ride.

“We have two young children and these situations have caused me to be fearful and worried,” Harris said. “If zoning is approved, there is a chance that more residents would be moving in across the street. And with this comes a greater likelihood for more situations like these to arise. I don’t want to constantly have to worry that someone is going to wander into our house potentially posing danger to myself or my children.”

Kristen Ferguson, who said she lives in the property that backs up to the property in question, said many of the individuals who would come to that area for care could have violent pasts.

“By allowing the special-use, you are not only allowing people with disabilities in the neighborhood but also people found not guilty of crimes by reason of insanity, including murder, sex offenders and drug addicts,” she said.

Ferguson then asked for the members of the audience to stand if they were against the permit. About 20 people stood in opposition.

The special-use permit application in consideration Tuesday will be for a tow truck and wrecking service at 82 Hillcrest Road.

Chris and Melanie East are requesting the special-use permit to move their business from Peters Street in LaGrange because the Georgia Department of Transportation is taking their property due to the Hamilton Road Widening Project.

Johnson said the land uses in the area are primarily residential in nature and any commercial development in the area should be small-scale development.

Laura Benz of the Benz Law Group spoke on behalf of the applicants. She said when the Easts applied a year ago, the noise was a big problem.

However, Benz said the wrecker service generally creates less noise than the fire department in the area.

There was also a concern about the service operating at all hours, but Benz said the business would run Monday through Friday from 9:30 a.m. to 5:30 p.m. She said there could be times when the service responds to 911 calls but those are minimal.

Benz also argued the region has other businesses operating in the region already with the Troup County Fire station, a convenience center and a grading business.

“So, to say that it is maintained to residential feel, I do not believe it was an accurate statement,” Benz said.

Commissioner Morris Jones said the grading company is on a lot that is already zoning commercial, and it has been since the 1950s.

Anderson said there hadn’t been a commercial entity on Hillcrest Road, but there have been a few home-occupation permits on Hillcrest.

Commissioner Patrick Crews said he couldn’t think of a commercial business on Hillcrest Road to Hogansville.

Benz said the main reason for the special-use request is because the applicants need a place to operate their business.

“They’ve been unable to find someplace that they felt was financially feasible for them,” she said. “They already owned this property, and they wanted to ask for the opportunity to do that.”

A Pine Mountain homeowner fought back Friday night after a man illegally entered his home, wielding a dangerous object. The... read more