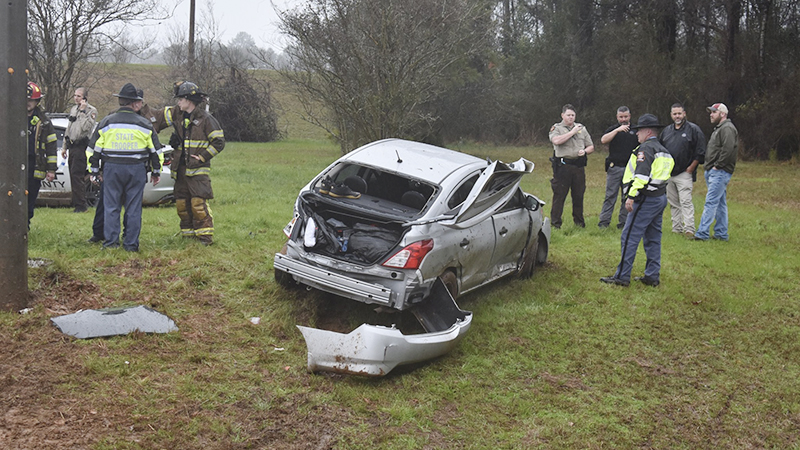 The Troup County Sheriff’s Office arrested a bank robbery suspect from Conyers on Tuesday afternoon after a high-speed chase.

Ronald Simons, 28, of Stone Mountain, was arrested and will be booked into the Troup County Jail. His charges were not known as of Tuesday afternoon, according to a press release from the Troup County Sheriff’s Office.

At that point, the vehicle exited the interstate toward Warner Road and began traveling on Bartley Road, where it started to flee at a high rate of speed.

The pursuit continued for several miles until it reached the intersection of Hamilton Road and Interstate 85, at which time Richardson was able to terminate the pursuit.

The suspect was taken into custody without further incident. According to the press release, detectives with Conyers Police Department arrived at the scene and took possession of the vehicle, which had been reported stolen in Dekalb County on Feb. 9 along with evidence of the bank robbery.

Georgia State Patrol and the LaGrange Police Department also assisted in the case.