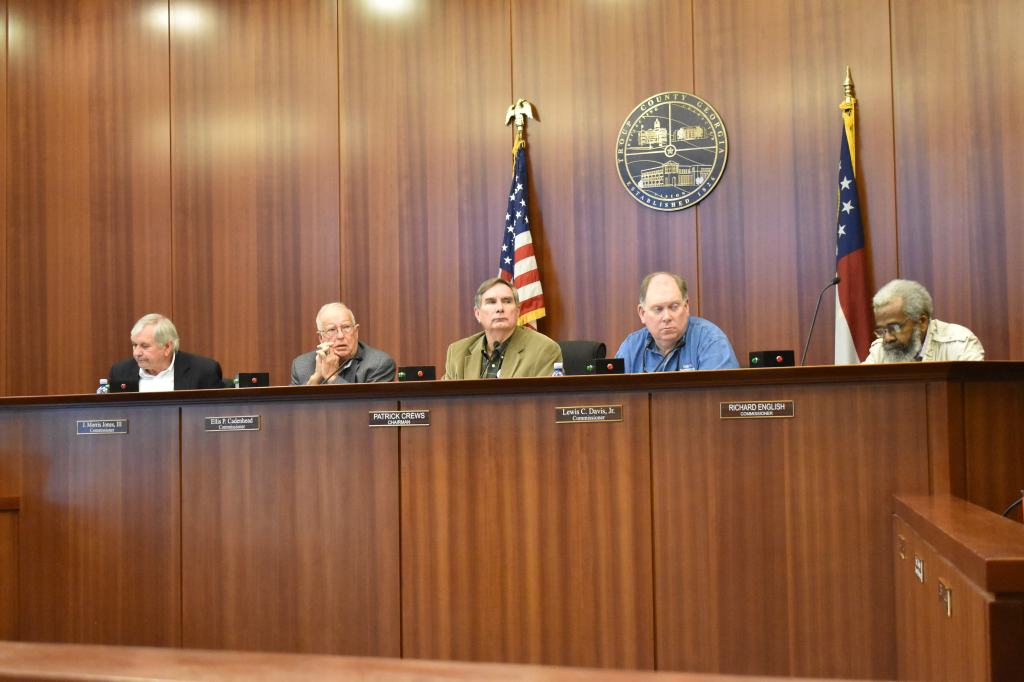 One denial was for a wrecking service for Chris and Melanie East at 82 Hillcrest Road. The couple currently operates Chris’ Towing at 115 Peter Street in LaGrange. Laura Benz, a legal representative for the Easts, said the Georgia Department of Transportation is condemning their current property due to Hamilton Road Widening Project, and after searching for months for another location, they chose the property at 82 Hillcrest.

According to Jay Anderson, Troup County community development director, the Easts already own the property at 82 Hillcrest Road and live next door at 68 Hillcrest. The couple applied for a special-use permit a year and a half ago and were denied.

Benz said the couple has searched the county for another location but couldn’t find anything that fits their needs outside the property in question.

“The only reason they are before this board again is because upon the denial, they searched for a year and a half to find a financially viable option which they were unable to do, so they came before this board,” she said. “This is their only option.”

Currently, the property at 82 Hillcrest Rd is zoned general commercial, but according to Anderson, it’s never been used for commercial purposes.

The properties are still zoned general commercial from when Robert Hayes Road was formerly used as U.S. 27. He said when the county updated its zoning maps in 2004 and 2008, the properties on Hillcrest were not updated to reflect residential usage.

“They have always been used for residential living single-family dwellings,” Anderson said.

Anderson also said a wrecking service could create features that would reduce the value and enjoyment of a residential area. A condition of the special use would require the applicants to place a structure that can’t be seen through to obstruct the views of the tow yard.

Benz said the Easts offered to build a 10-foot fence instead of the required 8-foot fence to satisfy the county’s requirements further.

Other concerns from the county were the business’s nature of responding to calls outside of regular posted hours of 9 a.m. to 5 p.m. Monday through Friday. Benz said the company only responds to after-hour calls about two or three times a week, and only about 25 percent of those vehicles come back to the business.

Anderson also mentioned an environmental concern because there is a floodplain on the property due to Yellow Jacket Creek nearby. There was a concern that fluids from cars towed to the property would leak and eventually run off into the creek.

Benz said the applicants are required by federal law to make sure any contaminants from vehicles do not environmentally impact their surroundings. She added that the Easts have operated their business for eight years without any issues, and the county can’t assume they would do anything different at this site.

“You cannot assume that a business will operate unlawfully unless there is a basis for that assumption being made,” Benz said.

She also said that if the Easts violated any terms of the special-use permit, the county would have the right to terminate the permit.

At the end of Anderson’s presentation to the board, he said appropriate commercial development in the area would be on a smaller scale.

“We should have something like a neighborhood commercial bakery, laundromat or something smaller for providing services to the community, not more of an industrial use,” he said.

There were about 30 residents from the Hillcrest community in attendance at the meeting Tuesday who stood in opposition to the proposed special-use permit.

Luke Cottle, who lives on Hillcrest Road, said he was concerned about runoff into the creek and just the overall appearance of a towing service near his property.

“We do have some eyesores out there, but I don’t think it’s anything like what this eyesore will be,” he said.

Lacy Tumambing, who also lives on Hillcrest Road, was mostly concerned about the environmental impact to the creek, as her family drinks the well water.

“You can do grading and you can do things to prevent runoff from getting into our water, but over the years, things like and antifreeze and motor oil and gasoline leak from cars and will get into our water and runoff into the lake,” she said. “It may not be in five years, but I have four young children, and we plan on staying there for a long time.”

After everybody finished speaking, Commissioner Ellis Cadenhead made the first motion to deny the special-use permit, and it was carried unanimously.

The other special-use permit request was for a personal care home at 910 Floyd Road in unincorporated Troup County. 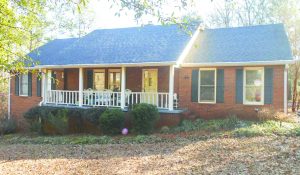 Freddie and Chastain Pitts contended in their application that they have served in the medical field for more than 30 years in hospitals, long-term care, home health, pediatrics, mental behavior and chronic and critical care.

County Planner Erin Johnson said the residence has been operating as a personal care home for about a year in her best estimation without a special-use permit from the county. A complaint was made about the residence to the community development office, which caused county staff to go to the home and inform them they needed a permit to operate the business. Shortly afterward, there was an application for the special-use permit.

Johnson said there had been a few incidents involving the property about clients from the residence wandering around the community.

One incident involved a client that was seen wandering in the neighborhood that involved calling the sheriff’s office.

Anderson said Johnson has continually asked the applicants for more information about the nature of their business and hasn’t gotten much.

Alexis Hagler, who lives within a couple of miles of the property, said she turned in several reports of incidents stemming from the property in question.

“We just want to reiterate as a community that these people have been operating this illegally, and the only reason that we’re here is because they were caught,” she said.

She asked the crowd in the commissioners’ chambers how many people were in opposition to the permit, and about 20 people stood up. The applicants were not in attendance, and nobody spoke in favor of the proposal.