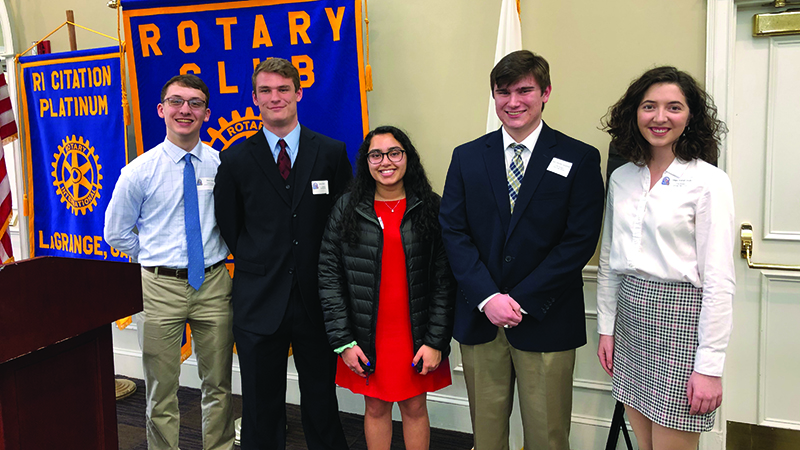 The Student Teacher Achievement Recognition (STAR) is given to a high school student in each of the five high school schools who has highest score in one sitting on the three-part Scholastic Assessment Test.

They must also be in the top 10 percent or be one of the top 10 students of their class based on grade point average.

“It was definitely quite a surprise,” Smith said. “I did not think I was going to get it.”

Smith has taken the SAT twice and has a score of 1460. She said that she has a 4.71 grade point average and is in the running to be the 2020 LHS valedictorian or salutatorian.

“It is quite the honor to represent Troup County, and I really appreciate the opportunity to talk about my STAR teacher,” Smith said.

Each high school STAR student is also asked to name their STAR teacher.

When Smith was nominated for the award, she chose tennis coach and calculus teacher Kenny Moore as her STAR teacher.

“I think his teaching is so great and should be more widely appreciated,” Smith said. “His teaching is very personal, and it’s not a lecture style type of teaching like some teachers. He really takes the time to get to know each and every one of his students.”

Smith will now advance to the regional competition held in March at Columbus State University. The winners at that level will go on to compete for the state STAR award.

“All my hard work is paying off,” Smith said. “I feel like I’ve worked very hard throughout high school to get here. To get this honor is quite special.”

Jared Nation from Callaway High School, Baker Davis from LaFayette Christian School, Lily Kamat from LaGrange Academy and Todd Sandiford from Troup High School were the other four high school students who were finalists after being named STAR students at their schools.

Smith plans to attend college in the fall to study neuroscience in hopes to become a doctor one day.