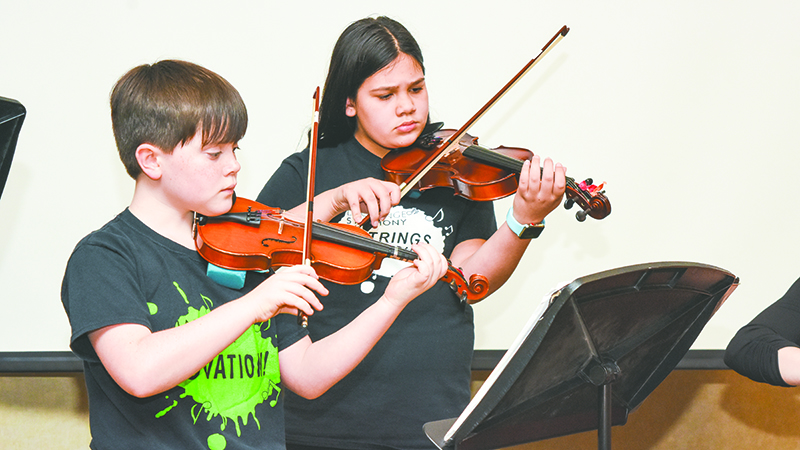 From the moment the festival was announced, the development authority planned to give a portion of the proceeds to the Troup County School System to support arts programs.

“It was a great reminder tonight with the strings attached program [who opened the meeting],” Hunnicutt said. “And we just felt like it’s very important to our community and has trouble funding, so we wanted to do what we could to help bring arts and music [to the classroom], so we are happy to do this.”

Superintendent Brian Shumate said the school system was thankful for the money.

“We haven’t had strings programs at the middle and high schools for a while. It takes money to do that,” Shumate said. “And certainly, the symphony and other folks are getting behind that. And we’re going to put that money to good use to help build those programs, enhance elementary and continue on with development at the middle school in the coming year, so thank you very much.”

The two-day festival took place in October and included more than 20 bands.