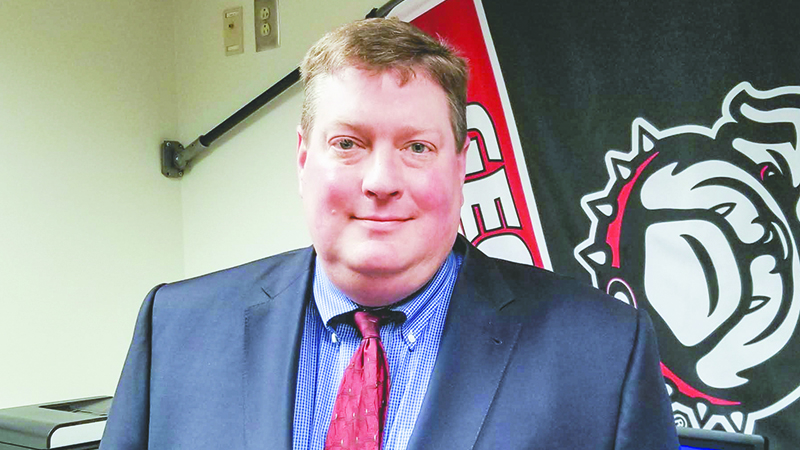 The Troup County School System’s new chief financial officer Dr. Scott Burckbuchler is settling into his new role and home well, according to a news release from the school system.

Inside Burckbuchler’s new office, there is a giant Georgia Bulldog flag hanging from the wall, where his daughter recently graduated and another daughter is currently enrolled.

“People have been so welcoming; very friendly and helpful,” Burckbuchler said in a news release. “It’s a reflection of the community as a whole. I’ve had positive interactions with people in the community and the schools. Everyone cares about kids and cares about making progress. I’m excited to be a part of that process.”

Burckbuchler touts 25 years in education, and budgeting is his field of expertise.

As a former special education student, Burckbuchler also wanted to serve in support of educators because his former teachers had such a profound, positive impression on him, according to a news release.

Most recently, Burckbuchler retired as a superintendent from a school district in Virginia after six years of service. He holds various teaching certifications, earned an education specialist’s degree (Ed.S), and a doctorate in education. While in college he interned in London, England and wrote speeches and did constituent work for a member of Parliament. According to the news release, Burckbuchler said he is happy to return to a finance leadership position. His first order of business has been to delve into the details and figure out what needs to be done.

“I’m doing a lot of listening and learning,” he said in a news release.