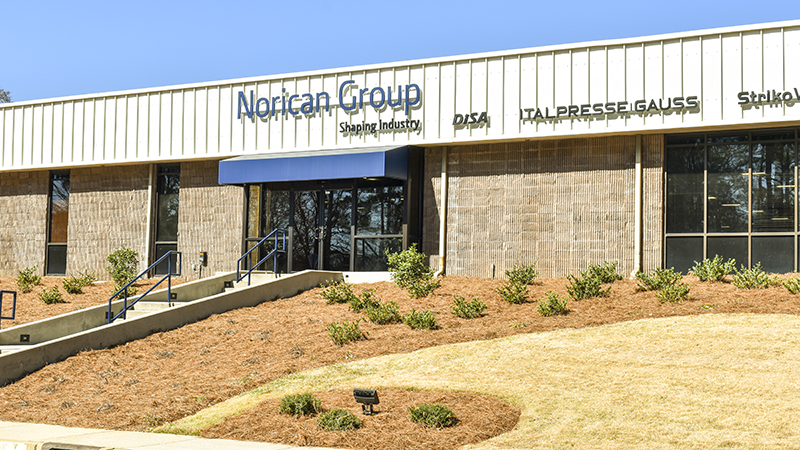 Norican Group, the parent company of Wheelabrator Group, has announced an expansion of operations in its LaGrange facility.

Wheelabrator serves the needs of industries involved in steel manufacturing. Its operations include preparing metals before they are manufactured into vehicles for car manufacturers or preparing shop metal before being constructed for a shipyard.

Norican hosted a grand re-opening in July 2019, celebrating the integration in LaGrange of its brands — Wheelabrator, DISA, Strikowestofen and Italpresse.

According to a news release from the company, in 2020, Norican has continued to shift operations to LaGrange with the announced closure of DISA offices in Oswego, Illinois, and the Strikowestofen offices in Holland, Michigan.  The company said the move will transfer administration and inside sales operations to Norican LaGrange.

“We are excited to once again have Wheelabrator Group operations and manufacturing in a common facility. We expect significant benefits to our organization development with engineering and manufacturing collocated and anticipate we will be able to enhance quality and service levels to our US customers,” said Kim Tjerrild, GM Norican Group NA in a news release.

Norican said the move would capitalize on the original design of the LaGrange facility, built in 1987, for large scale capital equipment manufacturing with complete high bay manufacturing, including a 30-ton crane with 31 feet under hook.

Norican said the expansion means the company plans to hire 20 full-time employees in fabrication, welding and assembly in the coming 12 months.

“It’s a great opportunity to once again have all company equipment and parts manufacturing together and demonstrate the excellence of our LaGrange team,” said Todd Yarborough, manufacturing manager in a news release.