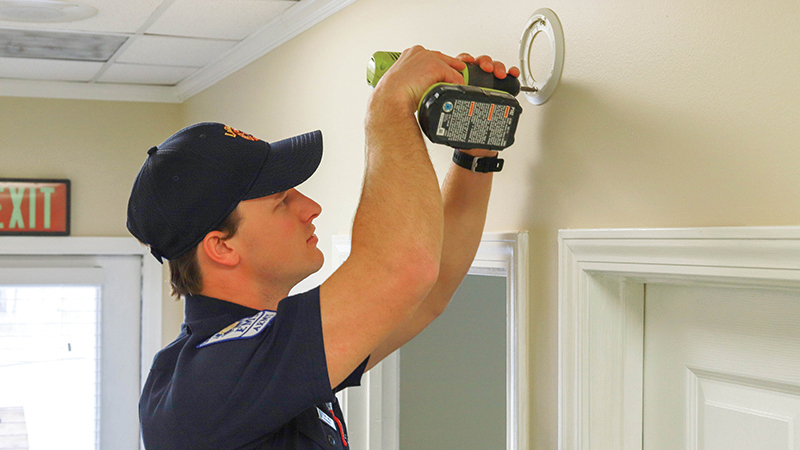 It’s that time of year when clocks need to be moved forward an hour to signify the beginning of daylight saving time.

At 2 a.m., on Sunday morning, the country will spring forward on the clock, give way to longer days, and hopefully, more sunlight into the evening.

In Georgia, voters could soon have a choice if they want to keep observing daylight saving time based on a bill passed unanimously by the state Senate this past Monday.

According to the Associated Press, the bill would add a nonbinding referendum question to ballots during this year’s November general election. Voters would be asked if the state should keep things as they are today, switch to year-round standard time or switch to year-round daylight saving time.

The outcome of the nonbinding vote wouldn’t result in any immediate change but would be used to draft future legislation.

State Sen. Bill Heath, a Republican from Bremen who co-sponsored Senate Bill 351, said he was struck by studies that suggest the annual time change could harm people’s health.

A mirrored piece of legislation in the state House has not yet made it through committee.

Arizona is the only state in the U.S. that doesn’t observe daylight saving time.

Arkansas, Nevada and Tennessee have also passed laws to no longer observe the time change, but they have not gone into the effect.

Fire industry officials also say when daylight saving time begins, it’s a good time to change or check batteries in a smoke detector and carbon monoxide detector. Sgt. Mike Webb of the LaGrange Police Department said many of the smoke detectors installed recently are 10-year batteries, so they should be tested. He said carbon monoxide detectors should also be tested because the odorless substance is untraceable by smell.

More than 400 people in the U.S. die from unintentional carbon monoxide poisoning every year, according to the Centers for Disease Control and Prevention. More than 20,000 visit the emergency room, and more than 4,000 others are hospitalized.

The National Safety Council has dubbed carbon monoxide as “the invisible killer” because it’s an odorless and colorless gas that often goes undetected and impacts people while they are sleeping. It’s produced by burning fuel in cars or trucks, small engines, stoves, lanterns, grills, fireplaces, gas ranges, portable generators or furnaces. When the gas builds up in enclosed spaces, people or animals who breathe it can be poisoned.

4Have the furnace, water heater and any other gas or coal-burning appliances serviced by a qualified technician every year

4 Do not use portable flameless chemical heaters indoors

4Have the chimney checked and cleaned every year, and make sure the fireplace damper is open before lighting a fire and well after the fire is extinguished

4 Never use a gas oven for heating the home

4 Never use a generator inside the house, basement or garage or less than 20 feet from any window, door or vent; fatal levels of carbon monoxide can be produced in just minutes, even if doors and windows are open

4Never run a car in a garage that is attached to a house, even with the garage door open; always open the door to a detached garage to let in fresh air when running a car inside.

Webb said if these symptoms begin to occur inside the home, step outside into fresh air and see if symptoms improve. If not, call 911 or emergency personnel.