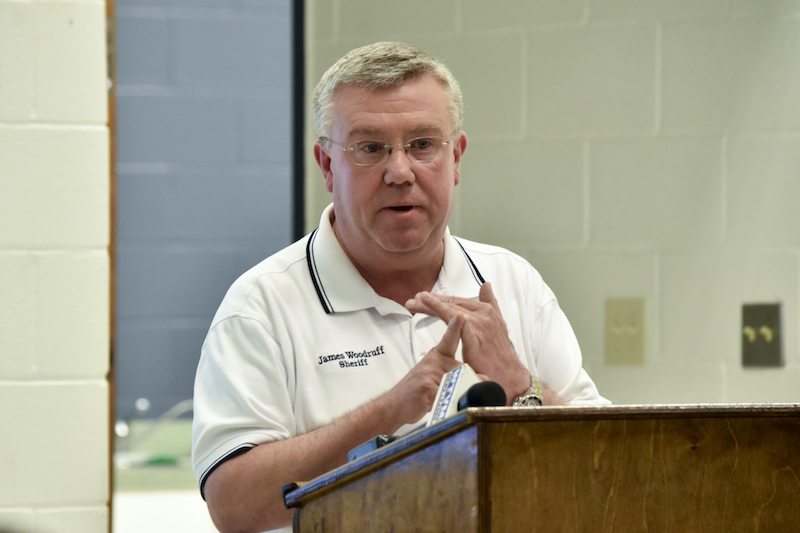 On Feb. 27, he presented a resolution to the board called a “Second Amendment Sanctuary” resolution, also known as a gun sanctuary resolution in other areas.

In Georgia, 23 counties have adopted second amendment sanctuary resolutions, including neighboring counties Heard and Coweta, which passed their resolutions in late February.

The resolution states that it would prohibit law enforcement from enforcing certain gun control measures like universal background checks, assault weapon bans and red flags laws — all considered to be a violation of the Second Amendment.

Woodruff said he presented the resolution because he wanted to join those other counties. He added he’s not looking to be radical and allow people to run around with machine guns.

“I just want to protect peoples’ right to bear arms,” he said.

He said if the public’s right to bear arms was ever taken away by the government or if firearms were given up voluntarily, it would put the citizenry at a disadvantage.

“The criminals are not going to give up their firearms,” Woodruff said. “What a disadvantage our citizens would be at if the criminals who roam the streets knew that no citizen would have a gun and now they have one. We would be sitting targets.”

He said there would be no way local law enforcement could keep up with the demand it would create.

The resolution being considered by the Troup County Commission is mostly modeled after the resolution passed in Heard County.

Woodruff did say that the resolution does not give the public the right to break gun laws or any laws.

“We still have to enforce the law,” he said.

Troup County Commission Chairman Patrick Crews said the commission would take a step back and see how the resolution would impact the entire county.

“We just have to take a look at it and make sure it’s the right thing for the community,” he said.

Crews said he is a supporter of the Second Amendment, and he spent most of his childhood hunting, but it’s the commission’s job to carefully look at anything that comes before the board.

“Anything that comes before us, we need to stop and look at it and how it affects the county,” he said.

Crews said the commission will probably take up this issue again, but it is unclear when. The agenda hasn’t been finalized for the March 12 work session.