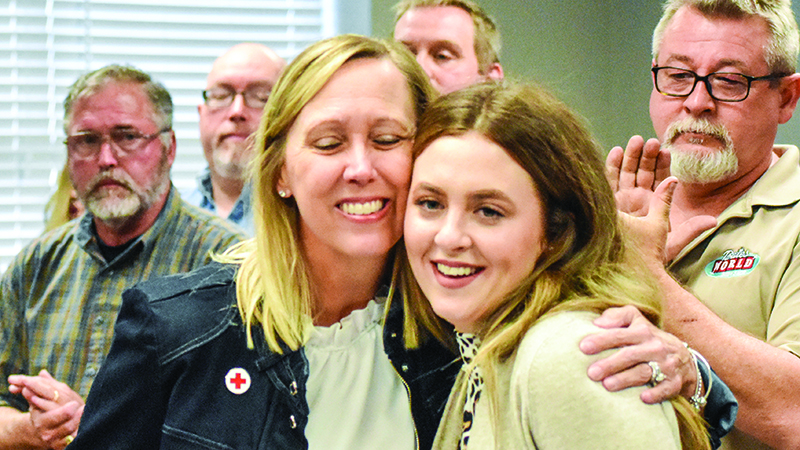 Kendall Anderson was with her family visiting a strawberry farm in West Georgia when she noticed a man lying on the ground and screaming.

According to Connie Hensler, executive director of the Central Midwest Georgia American Red Cross, that man is alive today because of the actions Anderson displayed that day.

During Tuesday’s LaGrange City Council meeting, Hensler told the story of how Anderson saved a man’s life with quick thinking and then presented her with the American Red Cross Certificate of Extraordinary Personal Action.

“This certificate is awarded to individuals who step up in an emergency situation to save or sustain a life,” Hensler said. “You do exemplify the mission of the Red Cross to prevent and alleviate human suffering in the face of emergencies.”

She said Anderson ran to the man, assessed the situation and realized he wasn’t breathing. At this point, Anderson began compressions and instructed the man’s wife to blow into the man’s lungs, while she continued compressions.

“They continued that until he began to breathe again,” Hensler said.

Once the man was breathing, Anderson stopped CRP and stayed with the man and wife until emergency personnel was able to take him to the hospital.

“That man is alive today because of Kendall and what she did,” Hensler said. “We all know that emergencies can happen at any time and really at any place. But regardless of where they occur, they usually have one thing in common, and that’s people standing around staring at the victim, wondering, you know, what do I do? How should I act, who’s going to help? And that’s when someone like Kendall Anderson steps in.”

Anderson received a plaque and was honored by the city council. She also received a standing ovation from the crowd after Hensler shared her story.

Hensler said every eight minutes, Red Cross volunteers help families affected by a disaster in the U.S., similar to the tornadoes most recently in Tennessee. She said the Red Cross is there to help with homeowners who are displaced along with their families to address their needs.

“No two emergencies are alike, but as Red Crossers, we’ve learned to adapt and do some quickly to serve those in need for over 75 years,” Hensler said.

March is Red Cross Month, proclaimed by the U.S. president each year.

“We take this time to honor our volunteers as our heroes and ask others to be heroes too for those in need,” Hensler said. “We thought it was only fitting that during this March, we honor someone else who is very much a true hero. We all know that emergencies can happen at any time and really at any place.” 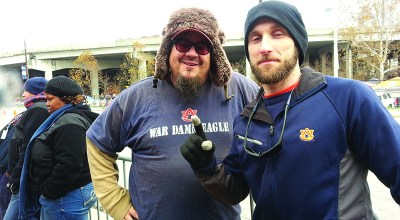