TCSS prepares to feed thousands of students during school closure 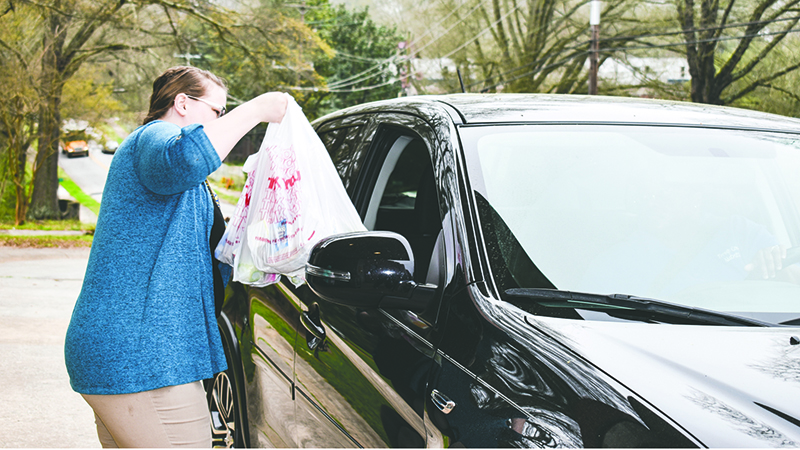 The Troup County School system fed more than 1,800 students Monday morning and expected that number to increase throughout the week as all schools in the district have closed until March 31.

Diane Pain, TCSS food coordinator, said the school system is having a hard time finding students to get meals to them. But, once the word gets out about the lunch program, Pain thinks the system could feed between 3,500 and 4,000 students.

Pain said any students ages 18 and under could pick up a meal at any site, regardless of where they go to school.

“If you happen to be staying at a grandparent’s house, another parent’s house or a friend’s house and you don’t go to that school, you can still pick up a lunch,” she said. “If you have a friend from outside of the county that’s staying with you, they can get one, too.”

Pain said buses are driving around the county at designated stops to deliver food to students, and in some cases, bus drivers have knocked on doors to provide food.

The schedule of delivery can be found on the TCSS website. Superintendent Brian Shumate said parents could also call the main office line at (706) 812-7900 and get the information about the schedule if they don’t have access to the internet.

Lunches are being delivered at 10 a.m. and 11:30 a.m. to designed spots and several schools are providing drive-thru service for parents between 11 a.m. and noon. The food produced by the school system not only includes lunch, but also breakfast for the next morning, Shumate said.

“They can take it home and have it ready to go for the next morning,” he said. “When they show back up the next day, they’ll get the same treatment.”

All schools will be open Wednesday from 9 a.m. to 1 p.m. for parents to collect personal belongings of the students. After Wednesday, the buildings are expected to be closed until March 31.

The initial closure of the school system was supposed to last until Friday, March 27, as voted on by the TCSS Board of Education Friday. However, Gov. Brian Kemp signed an executive order Monday night declaring that all public elementary, secondary and post-secondary public schools in Georgia close their doors from Wednesday, March 18 to Tuesday, March 31.

Shumate said he would take that information to the board during its Thursday business meeting to determine its future actions. That Thursday meeting will be held at 5:30 p.m. at the LaGrange Municipal Court Building, located 208 Ridely Avenue in LaGrange. The meeting will be streamed live on LaGrange TV to comply with recommended limits for social gather gatherings and distancing guidelines.

Assistant Superintendent Penny Johnson said the school system was also impressed by the number of families who picked up printed academic materials from the school system. Amid the closure, TCSS announced it would provide supplemental educational materials electronically to students who will be at home during the duration of the healthcare crisis. For those families who don’t have internet access, the school system created print packets. Those materials are also being handed out with the school lunches when picked up or delivered.

“We’re trying to get as many resources into parent’s and family’s hands as possible,” Johnson said. “The resources that we’re providing are to engage students and to keep them academically active during the time, however long that time is.”

She said the resources would not be graded, and it is the discretion of the parents as to what the children do and don’t do during the shutdown.

Johnson said the materials sent out should keep most students busy for about three weeks.

“But if we go beyond that, then the question becomes what’s next?” she said. “We’re assessing that now.”

“If we went out eight weeks, if you include spring break in there, we wouldn’t come back to school until May 11,” he said.

That would give the school system two full weeks before the end of school. Shumate said he would need a lot of direction from the governor’s office about what would be forgiven and what would need to be made up.

“Right now, graduation isn’t changing, and spring break isn’t changing,” Shumate said. “But if we get a longer term, we may have to end up making up days. I don’. t know, so I’m not saying that (is what’s going to happen) at all because there are a lot of unknowns.”

Additionally, Shumate said the school system is continuing to ask employees to work remotely from their homes if possible, and everybody is still getting paid. He said teachers should be available by email for students, and they should be checking in with their principals each day