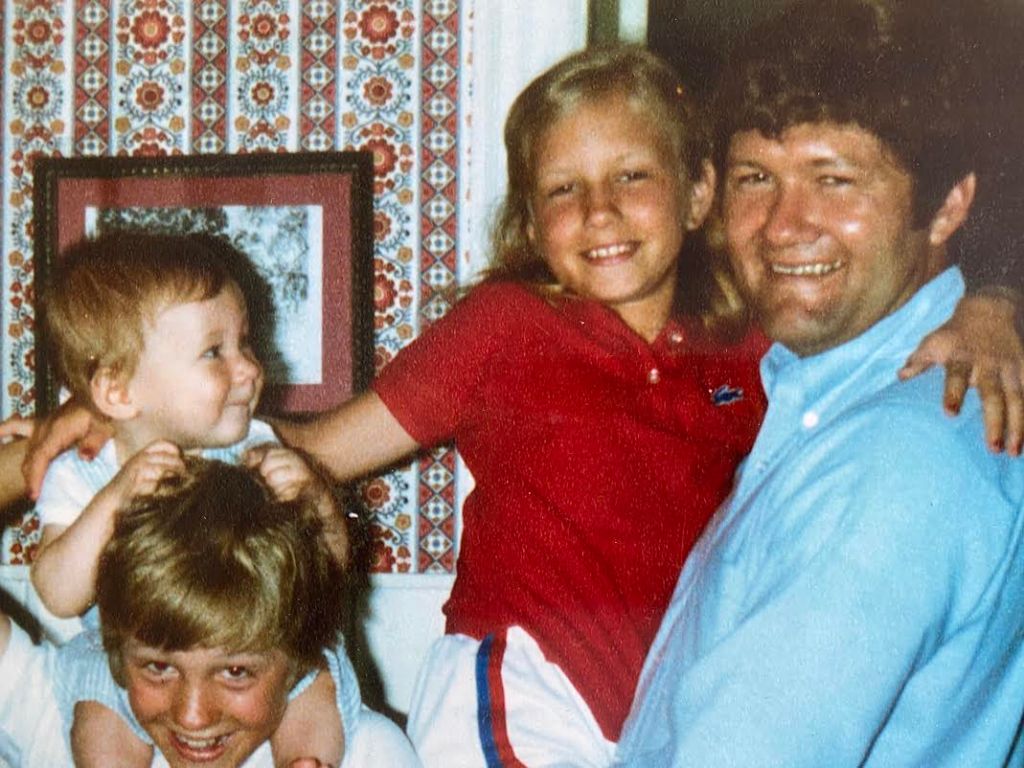 A family photo of the Baldwin family that includes Wade Baldwin on Trey Baldwin’s shoulders and Lei (Baldwin) Lydle in Quillian Baldwin’s arms.

Asbury Quillian Baldwin Jr., a distinguished judge and local family man, recently passed away, but leaves a lasting legacy through his impact on the community and his family.

“He was a wonderful man,” said Baldwin’s wife, Judy Baldwin. “He was a Christian every day of the week, not one day a week like a lot of people. Everything he did was based on being a true Christian.”

Baldwin was born on Aug. 2, 1942, in Madison, Georgia. After graduating from high school in 1960, we went on to attend North Georgia College where he met Judy. They graduated in 1964 and married shortly after.

“When you’ve been with somebody that boisterous and loud, it leaves a big void,” Judy said. “I mean, it just can’t be filled.”

The two moved to LaGrange in the late 60s, when their son was six weeks old.

“On our golden anniversary, he gave me a picture us in a golden frame and it said, ‘Judy and Quillian: rushing into a life of love, faith and hard work,’” Judy said. “And that’s what our life has been.”

Baldwin and Judy raised their three children in LaGrange and were actitively involved with church, school and community activities.

“When you have a person that is so involved in church, community and career, it doesn’t leave a lot for the family, but he did the best he could,” Judy said. “We all knew how much he loved us, even though he was gone a lot. Years ago, he would always take Wednesday afternoon off and that was family time.”

Judy said they enjoyed taking their children swimming or playing tennis together.

“We would put the dogs out on the tennis courts with us, and they would chase the balls,” Judy said. “We just had a wonderful life.”

Baldwin spent multiple decades in the courthouse serving the public through the judicial system.

“I met him when I got out of the service in 1972, when I came back to LaGrange and started practicing law,” said Judge Allen Keeble. “Because we were superior court judges, and on the bench, we are always sitting by ourselves. I very seldom saw him in the courtroom, like he very seldom saw me. But he was a very friendly person and loved being around people.”

He was elected to the Georgia State Senate in November 1984. He served four terms, retiring in January 1993.

“He loved his work, and you know not a lot of people love their work, but he loved it,” Judy said. “He loved the law and he loved LaGrange. We were just so fortunate. I can’t tell you how many times he said how fortunate we were to have found LaGrange.”

Among his legislative achievements, he was assistant floor leader for Gov. Joe Frank Harris in 1989-90. During the 1991-92 session, he chaired the Senate Judiciary Committee and was vice chairman of the Rules Committee, among other responsibilities.

During his time on the bench, Baldwin served on the Governor’s Commission on Child Support and held leadership roles on the Council of Superior Court Judges of Georgia.

“One difference between him and me, was when I went out to eat I just went to eat,” Keeble said. “But when I went with him anywhere, or we went into a restaurant to eat he would usually work the room. He would probably know most of the people in the restaurant. He would make it a point to speak to all of them. If you went with him, you would have to expect there’s gonna be 15 minutes or so before you could sit down and eat.”

Keeble said they spent many years together, sharing war stories and becoming colleagues.

“It came to a point where I could tell his stories, and he could tell mine,” Keeble said.

In 2015, he became Judge of Troup County Mental Health Court.

“He felt a lot of satisfaction in being able to do that and being able to work with people to enable them to live more normal lives,” Keeble said.

Over the years, he held dozens of civic roles, including serving on the boards of United Way, the LaGrange-Troup Chamber of Commerce, New Ventures, LaGrange College and numerous fundraising charities, among others.

“It’s been a wonderful 51 years, and I just would have liked to have more,” Judy said.