‘It’s been an emotional roller-coaster ride:” LaGrange resident stuck in Peru in midst of coronavirus 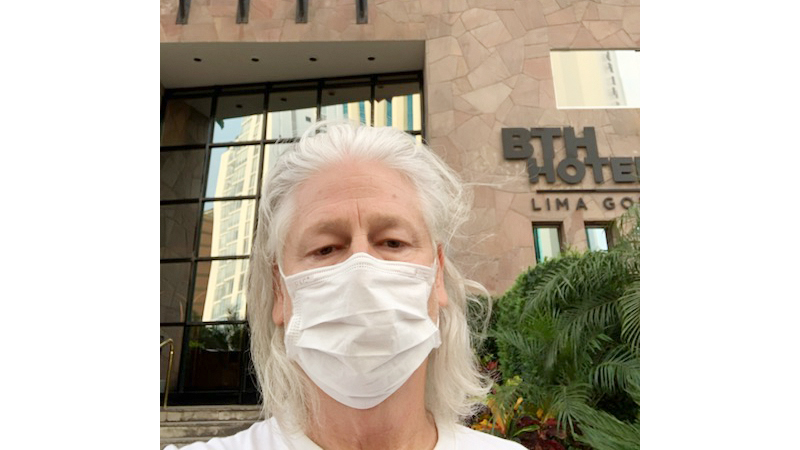 A LaGrange native stuck in Peru amid the coronavirus crisis was expected to finally return home on Monday.

Hope Taylor traveled to Peru to help lead a leadership conference on March 13, and he was stuck without a sure-fire way to get home until Monday morning, when he was expected to board a flight from Lima to Miami.

He was originally scheduled to do the conference in Peru, spend a day or two in Colombia for another conference and then fly back home. All was normal when he flew into Peru on that Friday — the day that major sporting events across the United States started to be canceled — but the situation evolved quickly.

By Sunday, they got word that the airport in Lima would be shut down on the night of Monday, March 16, so they hurried to wrap up the conference and get flights out of Peru. He found a flight on Monday to Cali, Colombia, where he would then fly into Miami and figure out his way home.

He, and several other Americans, got on that flight to Colombia and landed there, but that’s when things became hectic.

“They collected mine, and they’re probably a dozen other foreigners’ passports, and began probably an hour and a half to two-hour saga in Spanish, and I speak very, very little Spanish,” Taylor said.

It turns out that Taylor’s flight scheduled to fly from Colombia to Miami the following day had been canceled, so they put him and about four other Americans back on the same plane and sent them back to Peru — where the airport was about to close.

“We know that the Peruvian airport is going to close at midnight,” Taylor said, realizing at that point that he might not get out of Peru.

When he got back, he realized his bags had been left at the Colombia airport. An airport representative went to help him, but his situation only became more complicated.

“I went over to the lost baggage area, just one little small area, and the Peruvian representative from the airlines is filling out the lost luggage report. He asked me for my passport, and I handed it to him, and he turned to make a copy. And this is where I made an amateurish blunder. I’ve traveled many, many nations and for years and years and years, but I lost my focus at that moment  — I know where the taxi is and I know what time it is and I’m trying to get the hotel — I lost my focus,” Taylor said. “And I did not realize that he did not give me my passport back until I’m in the taxi.”

He got the taxi to turn around, but he could not get back into the airport, so as of Saturday night, he still did not have his passport.

“There’s a state of emergency. The airport is closed. And I don’t have my passport,” Taylor said. “That’s a very intense emotional moment.”

Taylor did have a photo of his passport, and through connections in the United States that have worked with him, he learned that his passport was still at the Lima airport.

He just couldn’t get to it with the airport closed.

“I really feel like if I can get that phone call [for a flight] and get to the airport, then that’s not going to be an issue,” Taylor said Saturday.

Taylor has medicine he takes every day, and he only had about 10 days of medication with him for the trip. He was worried he’d run out, but the people of Peru have been helpful and made sure that didn’t happen.

“The Peruvian people have won my heart,” Taylor said. “I’m an American foreigner in their eyes. There’s this coronavirus shut down … but they have treated me with hospitality and generosity.”

That hospitality is shown in how he got medicine. His daughter was able to get in touch with someone who was willing to help out, and they got Taylor, a complete stranger, what he needed.

Another family also has brought him medicine, so he had several weeks’ worth if he was delayed that long.

Taylor said he learned after the fact about flights out of Peru on Friday and Saturday.

“These are pretty challenging moments when you hear that two planes have come and gone and the embassy hasn’t contacted me yet,” Taylor said.

However, Taylor said he was thankful for the work U.S. Congressman Drew Ferguson’s office did in trying to get him home. He said they have been in constant communication with him. As of Saturday, he wasn’t sure when he might get home.

“They have not given me a definite day or time, so, I don’t know,” Taylor said.

However, his luck appeared to change Sunday night, as he received an email and was scheduled to fly to Miami on Monday. It was unclear as of deadline if Taylor had arrived back in the United States.

Taylor said he had passed the time in Peru by keeping himself busy.

“I did a little thing on Facebook [Saturday], and I say we’ve all got a choice. We live in peace, and we live in pain. And, you know, and I just talked about panic a little bit, which honestly, to be totally transparent, I’ve had some intense moments of dealing with panic. But if you start playing that out, let your mind race it can become very, very heavy on your soul very quick,” Taylor said. “So, what I’ve done is have many conversations, communicating to people, texting people, and working, trying to call the embassy to stay in touch with them.”

He said he missed his family terribly and hated that he hadn’t been with them during the global pandemic.

“They’re pretty much self-quarantined. My wife’s dad has dementia, a pretty advanced stage, and I’m in Peru,” Taylor said. “I can be of no help to them right now. I’m a lot more of a burden than help. So, that, as a dad and as a husband, son-in-law, it’s not comfortable being in that state. So yeah, you want to be with them. I’m missing them terribly and do try to stay in contact with them on a regular basis.”

Taylor, a minister, said his faith has helped him through this stressful time.

“I couldn’t make it without the help of God. I just absolutely couldn’t make it,” Taylor said. “It would be crushing to be this far away from your home, in the midst of a state of emergency, a global health crisis and you put all that together — it’s just an unnatural, insurmountable, (amount of) emotional pressure there. But all I can say is God has helped me have learned the importance of peace.”

Taylor said was staying in a safe place at the BHT Lima Golf Hotel and that he had a small room service menu where he could order food. He said he’s gotten to know many of the staff members by first name, calling them his extended family.

Taylor was emotional in talking about all the support from the people of LaGrange, who have offered help as they’ve heard about his story.