U.S. Congressman Drew Ferguson is in self-isolation, says he shows no symptoms 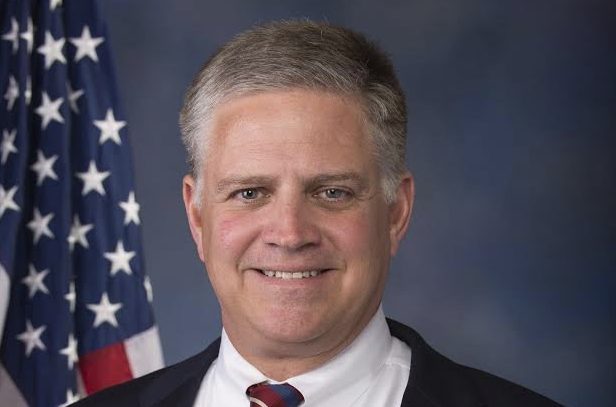 Recently, Rep. Drew Ferguson was exposed to a member of congress who later tested positive for COVID-19. He has been in quarantine at his home, with no symptoms, in West Point.

“I’ve been heading the advice of the attending physician of the House and staying put,” Ferguson said. “I don’t know if I have had a busier three or four days since I’ve been in Congress.”

Ferguson received a call from the House physician and the attending physician in the House of Representatives on March 13 telling him he had been exposed to someone who had tested positive for the virus. He is in self-quarantine until March 27.

“It is the right thing and responsible thing to do,” Ferguson said.

Ferguson said he is still hitting the day full-force and working as much as possible in his home.

“There is no spare time,” Ferguson said. “My day has started typically at 7 o’clock a.m. with phone calls and emails, and I have been working straight through until 9 o’clock every night. It’s just been all hands-on deck and working with both my district staff, D.C. staff, committee staff and the leadership staff. There’s been no downtime, simply because we’re completely committed to doing what’s necessary to save the American economy in particular with an emphasis on helping our small business owners survive.”

Representatives Mario Diaz-Balart, R-Florida, and Ben McAdams, D-Utah, were the first two members of Congress who said they tested positive for COVID-19. Many other Congress members, such as Ferguson, have since gone into self-quarantine after possibly being exposed to someone who was tested positive for the virus.

“I would prefer to be working in-person, but I have adapted to working remotely,” Ferguson said. “Millions of Americans do it and do it successfully. This is the first time that I’ve had to do it at this level for this length of time, but we are going to continue to do it and get better and better at it.”

On a Troup County level, Ferguson said the community leaders are doing a good job of taking this virus seriously.

“We come from an area that is made up of folks who are hard-working, determined and are independent,” Ferguson said. “Any time you take a group like that and tell them you must stand down, you must stay at home, you must stay in and reduce your activities, it’s hard. We do not have the spirit of fear in this country, particularly here in the West Georgia area.”

Ferguson said he thinks locals are taking the advice and doing their part to reduce the spread of infection.

“When you look around and look at what’s going on with our local government, whether it’s our local cities, county or school board, they are doing extraordinary things to make sure to save lives,” Ferguson said. “And number two, they are having the discussions needed to make sure that our local economies will be there when we get past this.”

Ferguson said that the country is doing its part to ramp up production on needed hospital equipment, like ventilators, masks and gowns.

“I think that we’re now starting to get a little bit ahead of the curve on this stuff,” Ferguson said. “Keep in mind you are going to see testing numbers, as more tests come online, go up. That’s because we are testing more. The key thing is to look at the number of possible hospitalizations, and the fatality rate. We’re doing everything we can to make sure that as many Americans stay as safe as possible.”