Nutwood Winery teaming up with ThreeLife to provide meals 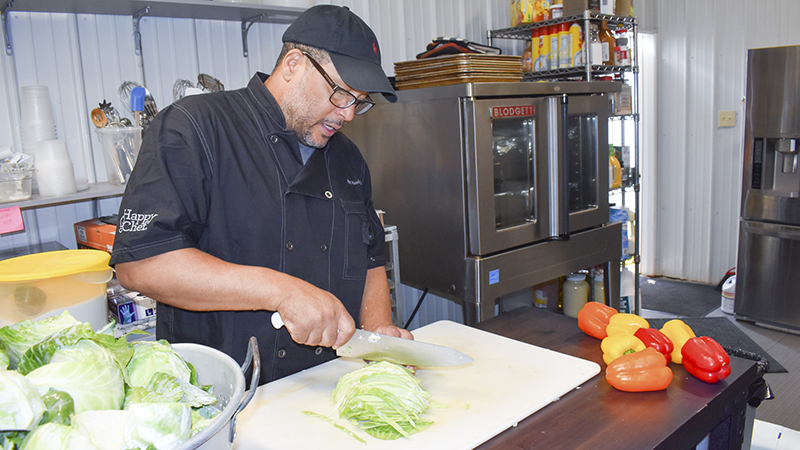 Nutwood Winery will attempt to shed some light in an uncertain time Wednesday afternoon by giving away free meals to anybody who wants one.

From 11 a.m. to 2 p.m., in conjunction with ThreeLife Church and well-known chef Patrick Neely, Nutwood will serve smoked pork butts, homemade coleslaw, homemade bread and baked beans to anyone needing a meal.

Nutwood Winery owner Neal Liechty said the winery will set up a tent with the food and will conduct drive-thru service.

“It is time to give back to the community,” Liechty said.

He said the winery will probably continue to cook meals for the public until the federal government stimulus package is approved and checks begin to get in the hands of Americans.

Liechty said the winery has purchased 250 pounds of pork and probably has enough food for 400 to 500 people. He said initially the winery was going to provide to-go orders and charge but has recently changed his mind.

“God has been good to us and blessed our business, and instead of charge, we are just going to give it away,” he said.

Josh Rhye, pastor of ThreeLife, said the church is also recording its service at Nutwood Winery Wednesday night. Liechty attends his church, so he felt it was an opportunity to help people in need.

“We all need to do our part and also protect our people,” Rhye said. “We want to eradicate this virus as quickly as possible.”

Neely, who was co-star for the former Food Network show “Down Home with the Neelys,” felt compelled to help after thinking about all the people who have lost their jobs during the COVID-19 healthcare crisis.

“Most of us are really blessed,” Neely said. “When you think of the hourly workers and trying to figure out how to what, they need help.”

Neely said he has two kitchens and four refrigerators full of food, so he’s able to help those who need food.

“Now is the time to show compassion,” he said.

“At the end of the day, you are getting a good, hot meal if you come out here.”